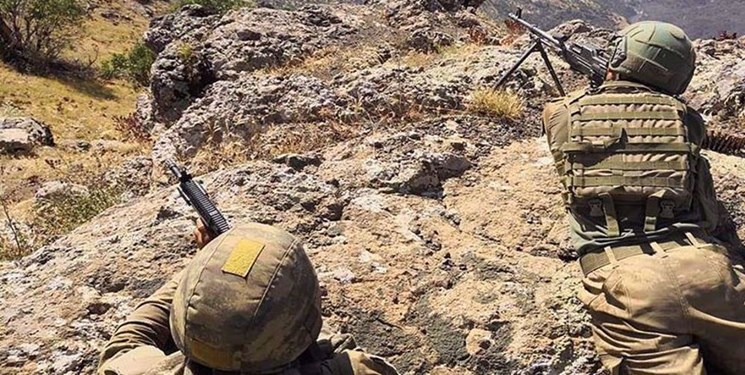 Turkey launched a new cross-border military operation against the purported positions of Kurdish militants in northern Iraq on Monday.

The offensive, dubbed “Operation Claw Lock”, focused on the regions of Metina, Zap, and Avashin-Basyan in Northern Iraq.

Ankara claimed that the offensive was aimed to “prevent terror attacks” and ensure border security following an assessment that the PKK was planning a large-scale assault.

“Iraq considers this action a violation of its sovereignty and sanctity, as it is an act that violates international covenants and laws that regulate relations between countries,” Al-Sahaf said in a statement.

“Baghdad will not allow the country to turn into a hotspot for foreign conflicts and retaliatory attacks,” he added.

Iraqi President Barham Salih’s office also said in a statement published on its official Twitter page on Tuesday the military operation of Turkey’s armed forces in Northern Iraq threatens the national security of this Arab republic.

"The office of the republic’s president observes with alarm Turkey’s continued military operations in Iraqi Kurdistan and considers them a violation of the country’s sovereignty and a threat to its national security," the statement noted.

It also stressed that the Iraqi leadership resolutely rejects all attempts to turn the republic into an "arena to settle scores".

In a tweet on Tuesday, Sadr slammed Turkey’s military operation as an “unjustified and inexcusable” act, saying that in order to fight any threat on Iraqi soil, Turkey should pursue joint operations with the Iraqi government.

Iraq is an independent, sovereign country, and any invasion or attempt to destabilize the country is not acceptable to Iraq, Sadr said, adding that invading neighboring countries that hold friendly ties with Iraq is also intolerable.

PKK militants — designated as a terrorist group by Turkey, the United States, and the European Union — regularly clash with Turkish forces in the Kurdish-dominated Southeast of Turkey attached to Northern Iraq.

In response, the Turkish military has occupied areas in Northern Iraq, where it regularly carries out military operations against purported PKK positions without the Arab country’s consent.

The Iraqi government and the Arab country’s resistance groups have repeatedly warned Turkey of the consequences of its incursions into their country.