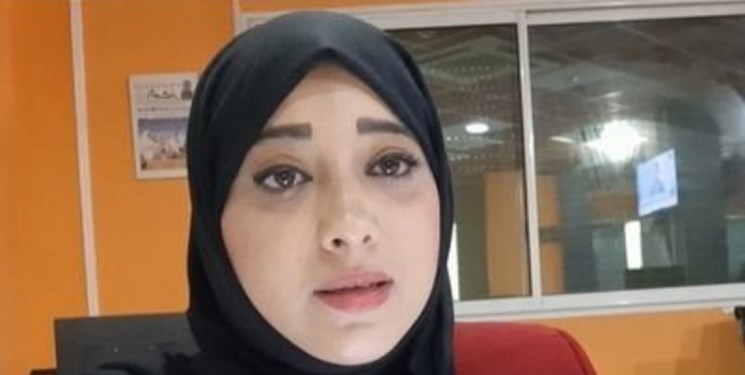 In an interview with FNA, Saada said, “He unveiled racial discrimination witnessed in the United States, and how this country disrespects ‘The Other’. He also took the floor, on different occasion, ruling down the official American narrative about the September 11, 2001 attacks, referring to pure American testimonies included in his documentary tape, “I Was There”. The 52-minute film, noteworthy, depicts the testimonies of witnesses to the incident and highlights the miscellaneous accounts of America… He dealt a blow to the West arrogance by advocating the culture of resistance, being a mean to face tyranny and shed light on the just causes. He supported, in all means available, Muslims to develop this sphere.”

Hana Saada, PhD candidate in Translation Studies, is an Algerian journalist and translator; based in Algiers, Algeria. 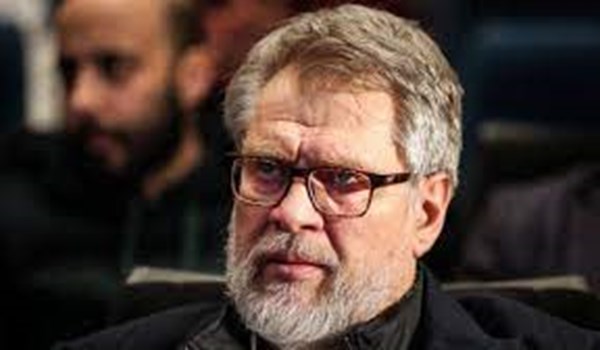 Q: Nader Talebzadeh was known for his cinematic acumen, as he directed many documentaries and movies. How do you assess his works?

A: At the outset, I would like to say that we have received the news of the death of the eminent Iranian revolutionary Nader Talebzadeh with great sadness and sorrow. To this end, I offer my condolences to all people as his death has left our hearts with grief and pain.

The enthusiastic revolutionary artist and influential figure was a resistance fighter on many fronts, including the cultural and media ones. He was a committed artist, cinematographer, writer, media person, producer, director of documentaries, university lecturer and activist…His career, full activism and dedication, represented a real threat to Washington which rushed to impose its unilateral and unjust sanctions on him.

Q: He was a media personality, who never did any terrorist acts. Why was he, his wife and some of his colleagues sanctioned by the US?

A: The Iranian iconic cultural figure and his wife Zeinab Mehanna were blacklisted and sanctioned by Washington’s Treasury Department in February 2019 for his fervent resistance and tireless efforts exerted to disclose the United States’ misleading propaganda, slander, its hegemonic policies and war crimes and that of the Zionist, the kids-killer, regime.

This is, for sure, a flagrant violation of human rights, a violation of freedom of speech and the freedom of the press. There is no doubt about that. The worst is that those sanctions emanating from the straightforward American arrogance were not sufficient for an atrocious and bloodthirsty regime. Speaking on a TV program, Talebzadeh once said that he had survived a “biological terrorism” attempt during the Arbaeen gathering in 2016. He said that his suitcase was confiscated by some armed men in Najaf. The suitcase was sent back to him in Karbala a few days later, but after handling it, he began to suffer from asthma and continued to suffer from insomnia.

The renowned artist was also removed from the mainstream social media, being a real threat to the West arrogance. His activism gave birth to the “Cultural Revolution” and resistance as well as an international model for public diplomacy. We deduce that all platforms, irrespective to their owners, origins and orientations, mimic whatever the US government says, turning a blind eye to freedom of expression, though they are the ones claiming to be the defenders of these notions. In fact, this behavior sheds light on Western media's horrific double standards, hypocrisy, partiality, unprofessionalism, and non-respect for professional ethics.

Q: Along with his works at Cinema and holding conferences, he ran weekly TV programs including “Asr” (the Age) and “Raaz” (the Secret). How do you evaluate his media works?

A: As we know, the late artist used to study there before the victory of the glorious Islamic revolution in 1979, and 10 days after the fall of the Shah, he returned to his country and began working on Iranian television in 1981, and then worked in the TV Film Production Center, paving the way for a rich career. He used to invite American political and cultural figures, to discuss topical issues dubbed as “critical to America”, and unveil the US government’s role in regional and international instability and excessive sanctions.

These guests were brought to Iran at the annual conference entitled “New Horizon”, and he interviewed some of them live on the television program “Raz”, which was broadcast on Iran’s Channel 4 television. Besides, with the launch of the “Ammar Film Festival”, Nader Talibzadeh spared no efforts to show the real face of the USA and Zionism via making revolutionary films depicting the topics of resistance, fighting arrogance and Zionism, and developments in the Middle East, and showing an unwavering and unconditional support for the just Palestinian Cause.

He unveiled racial discrimination witnessed in the United States, and how this country disrespects “The Other”. He also took the floor, on different occasion, ruling down the official American narrative about the September 11, 2001 attacks, referring to pure American testimonies included in his documentary tape, “I Was There”. The 52-minute film, noteworthy, depicts the testimonies of witnesses to the incident and highlights the miscellaneous accounts of America.

He dealt a blow to the West arrogance by advocating the culture of resistance, being a mean to face tyranny and shed light on the just causes. He supported, in all means available, Muslims to develop this sphere… He had a presence in the Arab countries, which included training media cadres. In Lebanon, he had a significant impact on the launch and development of cinematic work, in particular, and cultural work, in general, in addition to training and influencing hundreds of film students and graduates.

The USA and forces of evil, for their part, are resorting to media to wage their dirty soft war via deliberately providing false information that shape attitudes and public opinion. For the time being, media is an increasingly powerful tool, becoming a sharper weapon in the war to capture global narratives and the arena within which the war is fought. For its part, social media is quickly expanding its influence on all aspects of our lives. As observed, the USA is striving to spread propaganda by both government and media entities to preserve its interest. It succumbs to bias by advancing stories, news reports and coverage in favor of those who show interest in Westernizing or at least would not challenge US interests, whereas others that challenge the USA hegemony and the neoliberal status quo are largely demonized by the American press. As an example, the portrayal of the USA and the Western media, in general, of Ukraine’s suffering as somehow “different”, and labeling Ukrainians as more “civilized” compared to those suffering from wars in countries like Yemen, Libya, Ethiopia, Palestine and Syria, is a blatant proof of western media’s hypocrisy.

It went further by portraying civilian Ukrainians as “heroic” and these people have been called “freedom fighters”, while this empathy has not been voiced for others like Palestinians who are experiencing for decades an identical crisis, yet, they are labeled “terrorists” when defending their land.

Faced with this abhorrent selective empathy and double standards that have unveiled deep-rooted undertones of injustice and bias in Western media, we are called upon, as journalists, to counter this wave of propaganda, misinformation and fake news aimed at potential polarizing public opinion. It is vital for journalists to empower themselves with the necessary competences to critically address the dominance of the West, and combat decades’ unchallenged western media imperialism.

Q: He aimed to bridge between the non-Iranian and Iranian thinkers, so that each side can understand the other side. How do you view his internationalism?

A: The late filmmaker was a “Man of Unity”. He focused on the message of unity between religions. His first feature-length movie entitled “The Messiah” released in 2007, is considered a major transformation in Iranian cinema, not only in its artistic dimension, its portrayal, and the method of directing it, but it was able, over an entire decade, to integrate and blend historical documents inspired by the Bible and the Holy Qur’an, with a view to achieving unity and making the notion of humanity prevail. His film recounts the life and teachings of Jesus from an Islamic perspective, based on the Bible and the Holy Quran.