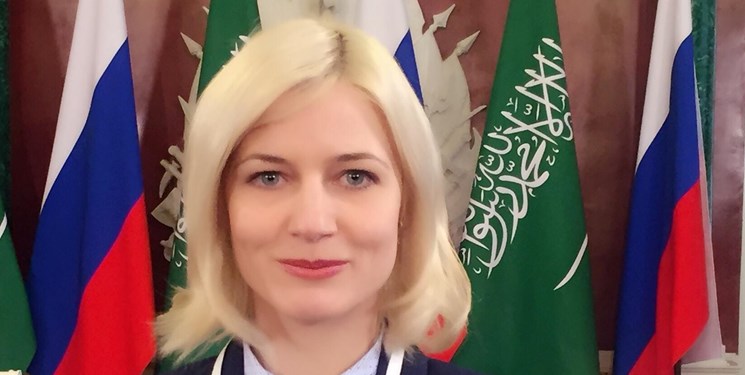 TEHRAN (FNA)- Elena Teslova, Russian journalist, says Russia’s access to the Black sea is vital to its national security, which is now disturbed by the US’ pushing Ukraine to join NATO.

In an interview with FNA, Teslova said, “The naval base in Crimea has always been one of Russia’s military and defense strongholds. To take it from Russia would mean significantly weakening the country’s strategic military potential. And that is why taking it from Russia has been one of NATO’s principal goals since the beginning of the alliance’s existence.”

Elena Teslova is a Russian journalist and political commentator. She is an expert at the Analytical Center of the Russian Society of Political Scientists (RSPS).

Q: How do you believe Ukraine’s accession to NATO would affect the lives of Ukrainians, especially in the Eastern part of the country?

A: The current Russian - Ukrainian relations are in such a poor state that it is hard to believe. Some ten years ago it was more of a confederation than two separate states - people spoke the same language, watched the same TV, the border was formal and the economies were firmly intertwined.

But then the Russian - Ukrainian relation became a victim of NATO eastward expansion, and NATO’s desire to drive Russia out of the Black Sea.

The Black Sea is bordered by Bulgaria, Georgia, Romania, Russia, Turkey, and Ukraine. Three of these countries had been NATO members by 2014, Georgia has been at odds with Russia since 2008, Ukraine was the last country, friendly to Russia in the region.

For Russia, being in the Black Sea means providing its national security, Russia had fought for centuries for having ports and naval bases on the Black Sea.

In the 18th century, Russia achieved that goal, Crimea became Russian territory, and remained as such until Soviet leader Nikita Khrushchev - a native of Ukraine - «assigned» them to the Ukrainian Soviet Republic without necessary legal procedures. After the collapse of the Soviet Union Crimea was taken by Ukraine but Russia secured the possibility of using the Black Sea naval base by renting it from Ukraine.

The naval base in Crimea has always been one of Russia’s military and defense strongholds. To take it from Russia would mean significantly weakening the country’s strategic military potential. And that is why taking it from Russia has been one of NATO’s principal goals since the beginning of the alliance’s existence.

In 2004 the US and its allies organized the first color revolution in Ukraine, it was the first attempt to oust Russia from the Black Sea, and it failed - pro-Western nominee Viktor Yushchenko won the presidential race although he counted fewer votes, but he was not able to do anything, even hold his position, he lost to Viktor Yanukovich 4 years later.

Several other attempts to win Ukraine by bringing to the power pro-Western candidates (as it happened in Georgia in 2008) were unsuccessful as well, so in 2014 the scenario was rewritten - instead of a color revolution, used in former Soviet republics in Europe, Washington decided to implement the Middle Eastern scenario of overthrowing the leadership in a coup and creating chaos.

Russia at that moment was occupied with preparing for the 2014 Winter Olympic Games, and it still had illusions about friendship with the West, was trying to fit in the Western narrative, and did not expect that something similar to events in Libya would happen in the middle of Europe.

That was a good opportunity for the US to act. In February 2014, the armed opposition carried out a coup, and the first thing they demanded was to kick off the Russian military from Crimea and prohibit all Russian - language, culture, identity. That led to the «return of Crimea to Russia».

As for Donbas, it was not planned by the Russian authorities, the resistance movement was organized by local people who followed the lead of their Crimean «colleagues», However, they mostly created a big headache for the Kremlin.

History is not made out of presumptions but if former President Viktor Yanukovich did not flee the country, it would be a different situation today. He could spearhead the people of Donbas, and the international right would be on his side, he would be a legitimate leader, fighting against the rebels.

And if Russia have recognized the referendum organized by the residents of Donbas, it would have had the same sanctions, and the West would not have had a toll of pressure.

Russia did not accept the appeal of the Donbas people to become a part of Russia. Foreign Minister Sergey Lavrov was twice asked about that, in 2017 at the Terra Scientia on Klyazma River National Educational Youth Forum and in 2021 in an interview with Rossiya Segodnya news agency.

At the Terra Scientia meeting, he said Moscow facilitated granting Russian citizenship to the Donbas residents, possibly meaning this was Russia’s way to recognize the referendum results.

At the interview with Rossiya Segodnya, he said after signing the Minsk Agreement, the Donbas authorities abandoned their claims of separation from Ukraine, they demand autonomy, and Donbas recognition would mean the violation of the Minsk agreement.

By the way, following this logic it is wrong to call the Donbas fighters «separatists» - they do not want to separate, they want more authority in their region.

Now Russia defends the residents of Donbas because many of them have Russian citizenship, the situation is similar to the one that was in Nagorno Karabakh until recently - formally, the territory is Ukrainian but inhabited by Russian citizens.

Moscow also disputes the transfer of Crimea and Donbas territory from Russia to Ukraine by Khrushchev and reminds that Russia and Ukraine have never carried out the border delimitation after the dissolution of the Soviet Union.

For the Ukrainian rulers, the conflict in Donbas is profitable. Former President Petro Poroshenko doubled or even tripled his fortune during the time of his presidency. The same is happening with current President Vladimir Zelensky.

Q: Do you think the tensions between Ukraine on behalf of NATO and Russia, is in the best interest of the Ukrainians?

A: The Ukrainian officials «lease» the Ukrainian soil to NATO blinded by greed, sacrificing the well-being of their fellow compatriots to the interests of NATO military machine, to which Ukrainians are just a shield, and Ukraine is [only] a buffer zone.

If Ukraine, having an active military conflict, becomes a NATO member it can lead to a new global war. The hostilities are ongoing; people are dying on both sides. Only if Ukraine is a NATO member, it can say its military was attacked by Russians and plea the 5th article of the North Atlantic Treaty, demanding other members to engage and protect it.

Q: We see the US’ withdrawal from the Intermediate-Range Nuclear Forces Treaty (INF), on one hand, and now pushing the Ukrainian officials to join NATO. How do you interpret these moves made by Washington?

A: Deployment of the US and NATO military staff in Ukraine as well as the withdrawal from the Intermediate-Range Nuclear Forces Treaty (INF) are part of the «policy of containment» of Russia and other countries, which is in reality simply an attempt to ensure the global domination.

Moscow is modest about Ukraine while Kyiv keeps insulting Russia, its authorities and its people.

It is an open secret that currently, the US «advisors» work in every single Ukrainian government establishment, no decision is made without consulting them.

With such a state of affairs, Russia and Ukraine will hardly solve their differences any time soon.

The Russian people have a better attitude to the Ukrainians because there is no anti-Ukrainian propaganda in the country. As for the Ukrainians - they are more hateful to the Russians but not genuinely, sometimes they do not have their own opinion and, in this case, just repeat what they hear or see on TV. And the Ukrainian TV says Russia is the worst enemy.

It is not the first time that Ukraine has been separated from Russia. In the 16-18 centuries Ukraine was part of Polish–Lithuanian Commonwealth but it willingly returned to the Russian Empire. If history does repeat itself, the time will heal the wounds, and Russia and Ukraine will reunite again.