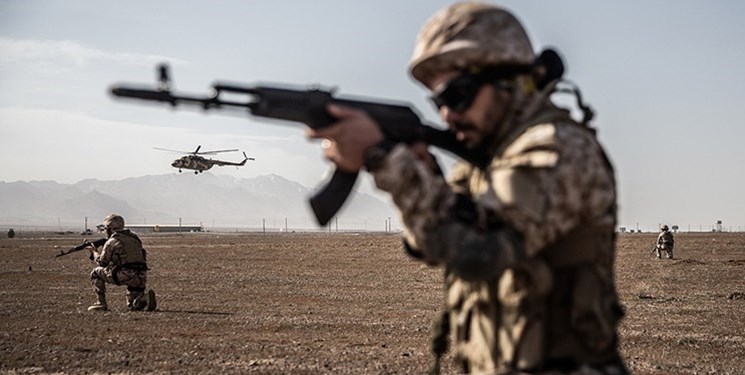 TEHRAN (FNA)- The Islamic Revolution Guards Corps (IRGC) disbanded a terrorist group in Kurdistan province in Western Iran which aimed to commit acts of sabotage in the country.

The IRGC's Hamzeh Seyed al-Shohada base announced in a statement on Tuesday that its forces have identified and dismantled an armed terrorist team in Baneh region of Kurdistan province.

It added that its forces “dismantled a terrorist team” in Baneh in Iran's Kurdistan province which shares borders with Iraq's Kurdistan region.

The IRGC forces detained five members of the terrorist team who were trying to infiltrate the country and commit acts of sabotage, the statement said.

Also, a number of shotguns and ammunition were seized from the terrorists, it added.

Iranian forces frequently engage in clashes with terrorist outfits or carry out operations against them near the country’s Western and Eastern borders.

Earlier this month, the IRGC dismantled an anti-revolutionary terrorist group in Kurdistan province in Western Iran.

All members of the anti-revolutionary group’s terror cells, who were led from abroad and had a history of terrorist acts and assassinations of citizens in the Western province, were arrested prior to the International Quds Day, which falls on the last Friday of the holy fasting month of Ramadan.

The report said the terror outfit, with the aim of deviating trade unions and social demands from their right path, had spread anti-Islam propaganda and portrayed a negative image of Iran under the guidance of foreign intelligence services.

Gathering information from labor unions, inciting rallies in front of governorates, trying to provoke clashes and riots, documenting protests, spreading false news about the killing or suicide of Kurdish women, and insulting religious sanctities have been the core activities of this group.

The anti-revolutionary group, affiliated with the notorious Komala terror outfit, aimed to overshadow the international Quds Day and Labor Day by securitizing the two occasions.