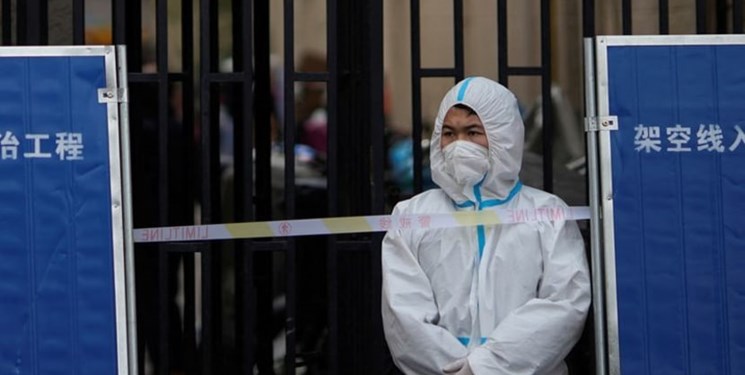 TEHRAN (FNA)- Despite a highly successful COVID-19 vaccination campaign, China continued to use social lockdowns to stop the spread of the virus across the country - a strategy called “Zero COVID”, which stands in stark contrast to the uncontrolled and highly deadly spread of COVID in countries like the United States.

While highly effective through the end of 2021, the new omicron variant and its subvariants have created new challenges, causing the country’s worst outbreak since the Wuhan outbreak that began the pandemic.

"When we talk about the zero-COVID strategy, we don't think that it's sustainable, considering the behaviour of the virus now and what we anticipate in the future," World Health Organization (WHO) Director General Tedros Adhanom Ghebreyesus told a press conference on Tuesday.

"We have discussed this issue with Chinese experts and we indicated that the approach will not be sustainable," he added, noting, "Transiting into another strategy will be very important."

The lockdowns are generally wide-ranging, aiming to block the spread of the virus while health officials track down and isolate all cases using waves of mass-testing. With people ordered to stay home or only travel around town after testing negative, logistical workers have labored to ship families food, toiletries, medicine, and other essentials so they can wait out the lockdowns at home.

As a result, mainland China has seen about 1.1 million COVID cases in total, nearly all of which happened since March, when a massive outbreak rocked the metropolis of Shanghai. Still, only 5,191 people have died in total, most of whom died in early 2020 in Hubei, when the virus was much more severe and doctors had few ways of treating it, having only discovered it at the start of the outbreak. A smaller spike occurred amid the most recent outbreak.

On Tuesday, all of mainland China counted just 1,545 new cases, 1,259 of which were in Shanghai, according to Shanghai Daily. A month ago, the coastal metropolis was counting more than 20,000 new cases per day. Despite the decline, lockdown measures have remained in place.

A study published on Wednesday by researchers at Fudan University in Shanghai and Indiana University in the US warned that removing China’s “Zero COVID” policy and allowing COVID to spread unchecked across Chinese society could “generate a tsunami of COVID-19 cases”.

According to the study, which took into consideration China’s 88.6% vaccination rate as well as omicron’s ability to “break through” the immune defenses afforded by vaccines or prior infection, such an outbreak could reach 112 million symptomatic cases. Of them, 2.7 million would require intensive care, and about 1.5 million would die - three-quarters of them being over the age of 60.

“We hope relevant people will look at China’s COVID policy in an objective and rational light, learn more about the facts, and refrain from making irresponsible remarks,” Chinese Foreign Ministry Spokesperson Zhao Lijian said in Wednesday comments to the press that were clearly aimed at Tedros.

“[T]he Chinese government has formulated and implemented the dynamic zero-COVID policy based on China’s national realities and has been adjusting prevention and control protocols based on the changing conditions,” Zhao explained.

“The purpose is solely to protect people’s life and health to the greatest extent possible and underpin sustained, sound and steady economic and social development. In China, we have the foundation, the conditions and the capability to achieve dynamic zero-COVID. We have every confidence in winning this hard battle and making greater contributions to the united global response,” he added.

Ironically, the WHO was once accused of being too lax in its criticisms of China. While then-US President Donald Trump initially praised China’s lockdown policy during the first COVID-19 outbreak in early 2020, after the virus spread to the United States and triggered a much larger outbreak, he began to more heavily indict Beijing for supposedly causing the outbreak to happen. Trump similarly attacked the WHO, claiming they were blind to Chinese mistakes and helped China cover up the true number of coronavirus cases.

“The WHO really blew it,” Trump said in early April 2020, adding, “For some reason, funded largely by the United States, yet very China centric. We will be giving that a good look. Fortunately I rejected their advice on keeping our borders open to China early on. Why did they give us such a faulty recommendation?”

Less criticism has come at Tedros for his cozy relationship with Microsoft founder and billionaire Bill Gates, whose foundation is the WHO's second-largest funding source and who has sunk billions in investment into pharmaceutical giants making drugs to treat or prevent COVID-19 infections. For someone like Gates, China's "Zero COVID" policy, which is not particularly dependent upon vaccines for efficacy and severely limits COVID infections, is dangerous to future profits and returns on investment.