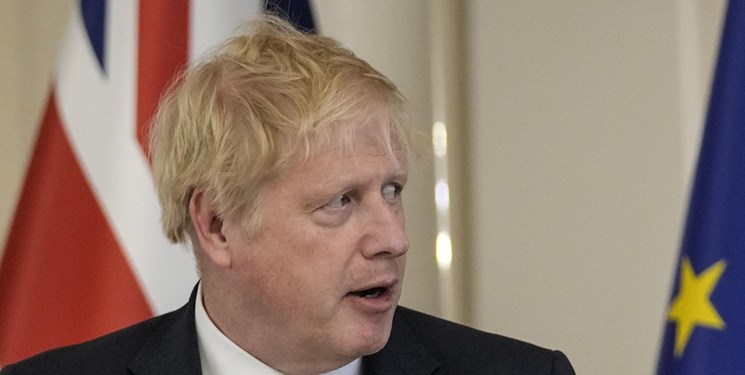 TEHRAN (FNA)- The Metropolitan Police announced that the number of fines handed out to government staff for law-breaking parties held during the COVID-19 pandemic has doubled to more than 100.

Scotland Yard said last month that 50 referrals had been made to the criminal records office for fixed penalty notice (FPN) fines over parties in Downing Street and Whitehall, The Independent reported.

In an update on Thursday, the Met police said its Operation Hillman team had now recommended 100 fines. The force said its investigation, into 12 separate events, remains ongoing.

No 10 said Prime Boris Johnson has not been issued with another fine, after he was punished last month over his rule-breaking birthday party in June 2020.

The Liberal Democrats said the new fines showed the “shocking scale” of rule-breaking in government.

“Boris Johnson stood up in parliament and said COVID rules were followed in No 10 at all times,” said leader Sir Ed Davey, adding, “Now 100 fines have been issued ... it shows the shocking scale of the law-breaking in Johnson’s Downing Street and the extent of his lies.”

Labour’s Deputy Leader Angela Rayner said the government had “racked up the dubious distinction of receiving more fines on the prime minister’s watch than any other location”.

She added, “Boris Johnson made the rules, and then broke them at record-breaking scale. Britain deserves better.”

Dominic Cummings suggested that junior No 10 staff bitter at being fined for attending events they were told were lawful may get their revenge at the COVID inquiry."

The former No 10 strategist tweeted, “Am getting lots of texts today like ‘I can’t WAIT for the inquiry, I took lots of notes’.”

Police are believed to have issuing fines to Downing Street staff over a Christmas party held at No 10 on December 18, 2020 in recent days.

The festive bash – held while London was in strict Tier 3 measures – was said to have been attended by dozens of the prime minister’s staff.

Johnson was forced to address the issue of the December 2020 bash after the explosive leak of a video showing staff holding a mock press conference and making jokes about a Christmas party.

It led to the resignation of government aide Allegra Stratton and the eventual announcement of an investigation by top civil servant Sue Gray’s investigation.

Scotland Yard would not confirm if fines had yet been issued over the Christmas gathering, or any other particular party, but the December 18, 2020 event is one of 12 that Operation Hillman detectives are investigating.

Johnson, his wife Carrie and Chancellor Rishi Sunak were all hit with fixed penalty notices in April over a birthday party held for the prime minister in Downing Street’s Cabinet Room.

The prime minister previously said it “did not occur” to him the gathering to mark his 56th birthday was a violation of his COVID rules – but that he “now humbly accepts” he did breach the laws.

It was previously reported that some government staff had received new questionnaires from the force in relation to a leaving party for the PM’s former communications director, Lee Cain, on November 13, 2020.

But Johnson indicated earlier this month that he was not among those to be sent one, telling Times Radio, “I am not commenting on this stuff generally, but the answer to that is no, not so far, or certainly not to my knowledge.”

A Cabinet Office leaving do in June 2020 is also believed to have attracted fines. Former Ethics Chief Helen MacNamara admitted she had received a fixed penalty notice over the event.

Scotland Yard are also thought to have issued fines to government staff who attended a party at No 10 on the eve of Prince Philip’s funeral last April.

Downing Street is braced for the full, damning report into the scandal from Ms Gray once the Met police inquiry is concluded, after only a short summary was published in January.

Johnson also still faces an investigation by MPs on the Commons privileges committee into whether he misled parliament with remarks saying “all guidance was followed” at No 10.