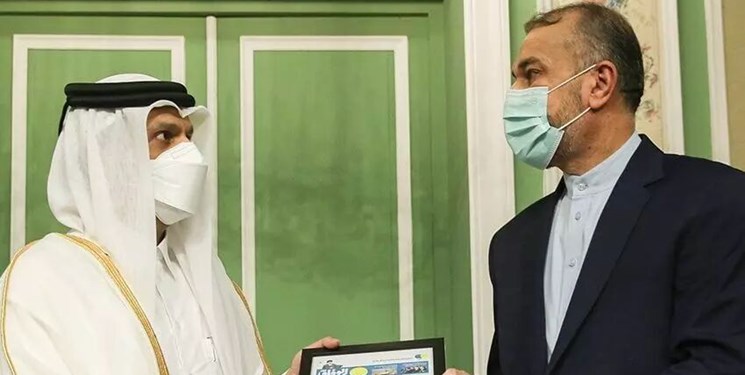 "The Zionist regime opposes freedom of expression and seeks to hide its terrorist facts and crimes in Palestine," the Iranian foreign minister said duromg the meeting with his Qatari counterpart.

The two countries’ top diplomats in their meeting condemned the brutal assassination of Al Jazeera correspondent Shireen Abu Akle, and criticized the lack of serious action by the international and human rights organizations in such cases, as well as the double-standards adopted by them in cases of breaching the human right, such as in Palestine.

The two foreign ministers also said that when Abu Akleh was martyred, she was wearing a press vest.

They added that the savage act by the Zionist regime shows Tel Aviv is opposed to freedom of speech and seeks to cover up the truth and its terrorist crimes in Palestine.

During the meeting, the Iranian foreign minister offered condolences over the Palestinian journalist's martyrdom to her family, the resistant people of Palestine, the Christian community there and the media.

Amir Abdollahian also handed over a memorial plaque to the Qatari foreign minister to give it to Abu Akleh’s family in Palestine.

She was hit by a live bullet on Wednesday while covering Israeli raids in the city of Jenin and was rushed to the hospital in critical condition, according to the ministry and Al Jazeera journalists.