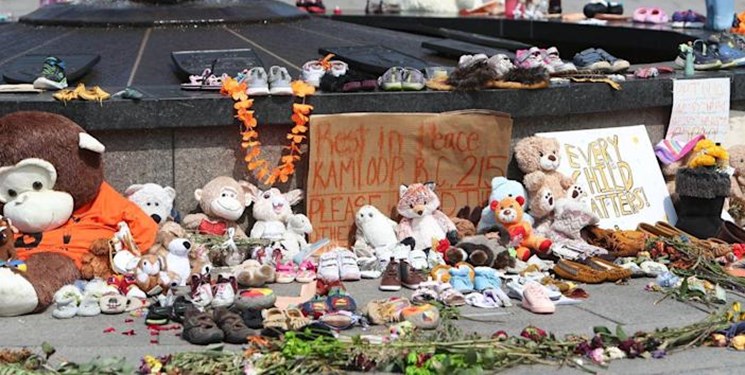 TEHRAN (FNA)- Deputy Iranian Judiciary Chief and head of the country's Human Rights Headquarters Kazzem Qaribabadi lashed out at the US for abusing the rights of indigenous Americans and at the same time lecturing on human rights situation in other countries.

Qaribabadi made the remarks in a post on his twitter page in reaction to a study which confirmed killing of native Americans in the US.

Poor Native American children were separated from their families, prohibited from speaking their languages, abused, raped and finally dumped in mass graves. The U.S. yet still dares to lecture others on human rights. https://t.co/n5Yb9Ici8r

“Poor Native American children were separated from their families, prohibited from speaking their languages, abused, raped, and finally dumped in mass graves,” he said.

“The US yet still dares to lecture on human rights,” Qaribabadi added.

A first-of-its-kind federal study of Native American boarding schools that for over a century sought to assimilate Indigenous children into white society has identified more than 400 such schools that were supported by the US government and more than 50 associated burial sites, a figure that could grow exponentially as research continues.

The report released Wednesday by the Interior Department expands the number of schools that were known to have operated for 150 years, starting in the early 19th century and coinciding with the removal of many tribes from their ancestral lands.

The dark history of the boarding schools — where children who were taken from their families were prohibited from speaking their Native American languages and often abused — has been felt deeply across Indian Country and through generations.

Many children never returned home. The investigation has so far turned up over 500 deaths at 19 schools, though the Interior Department said that number could climb to the thousands or even tens of thousands.