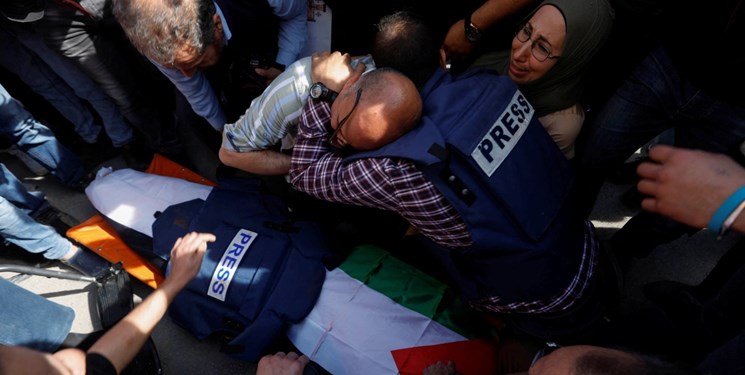 "We are witnesses to the occurrence of new crimes by Israel against the Palestinian nation, such as assassinating Ms. Shireen Abu Akle, the senior Palestinian journalist in Jenin Palestinian Refugee Camp, quite brutally," Counselor at the Permanent Mission of the Islamic Republic of Iran to the UN on Palestine Mohammad Reza Sahrayee said on Friday.

He said that Shireen Abu Akle was the brave sound of the Palestinian nation and the symbol of their resistance and steadfastness against the unjust usurper nature of the occupiers that has lasted for too long.

Sahrayee said that the terrorist act of assassinating Abu Akle by Israel was part of a long war and intimidation and brutality against journalists, and its intention is concealing the criminal acts of that usurper regime against the Palestinians, which is broad violation of the international laws and norms.

Earlier, Iranian Government Spokesman Ali Bahadori Jahromi had also condemned killing of Abu Akleh by the Zionist regime, describing it as a violation of international laws and attack on the freedom of media.