Report: US Intelligence Opens Review of Own Failings in Ukraine, Afghanistan 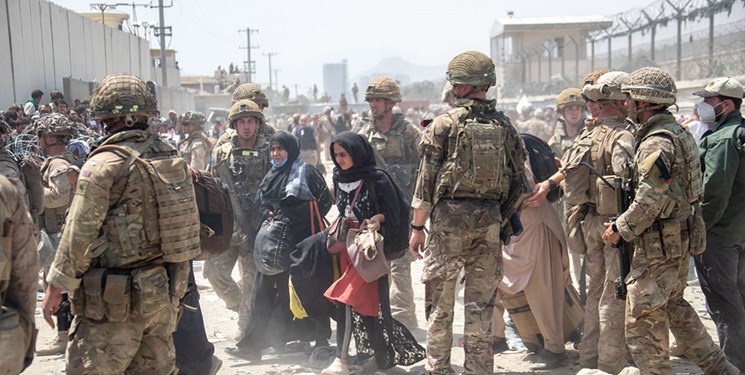 TEHRAN (FNA)- The US intelligence community has launched a comprehensive review of its assessments of foreign militaries following failures in Ukraine and Afghanistan, CNN reported on Friday, citing sources in the know.

Both the CIA and the Defense Department underestimated Ukrainian forces and overestimated the ability of Afghan fighters to hold off the Taliban (under UN sanctions for terrorism), according to the report.

The Senate Intelligence Committee sent a classified letter to the office of the director of National Intelligence, the Defense Department and the CIA.

They are questioning the methodology behind the intelligence findings and the assumptions made, the sources stated.

The lawmakers are reportedly dissatisfied with the incorrect intelligence conclusion that the Afghan authorities, after the withdrawal of US military, would be able to restrain the Taliban longer than it actually turned out. The senators were also dissatisfied with the widespread assessment that Kiev would fall under the control of Russia a few days after Russian troops enter the country.

US forces left behind military equipment worth more than $7 billion during their chaotic withdrawal from Afghanistan last August, the Pentagon has reportedly revealed in a long-awaited declaration.

Washington gave Afghan government forces $18.6 billion of weaponry from 2005 to 2021, and $7.1 billion of that gear remained in the war-torn country after the US withdrawal on August 30, CNN cited the Pentagon as saying.

The congressionally mandated report is yet another reminder of the severe losses incurred during the chaotic US pull-out, which resulted in 13 troop deaths and the abandonment of thousands of American citizens and Afghan allies. Critics of President Joe Biden’s administration have decried the Pentagon’s failure to keep US weapons from falling into Taliban hands.

“Nobody ever thought such stupidity as this feeble-brained withdrawal was possible,” noted former President Donald Trump, who called for sending in troops to retrieve the equipment or bombing the gear to destroy it.

Some of the abandoned materiel, including 78 aircraft that were left at Kabul airport, was permanently disabled before US forces withdrew, the Pentagon report showed. More than $920 million worth of American planes remained in Afghanistan after Washington’s exit, as did 40,000 military vehicles.

Also left behind were communications gear, more than 300,000 weapons and almost all of the 42,000 pieces of specialized equipment that had been given to Afghan government forces. Those pieces included radio systems, encryption devices, transmitters, night vision goggles, surveillance gear and “biometric and positioning equipment”, the Pentagon announced. Most of the 9,524 air-to-ground munitions that were left behind were non-precision explosives.

Ukraine was the beneficiary of some supplies that had originally been earmarked for Afghanistan. The report showed that five Mi-17 helicopters were officially transferred to Kiev this year after previously being sent to the former Soviet republic for maintenance work. Other equipment shifted to Ukraine included 37,000 howitzer shells, as well as rifle ammunition, grenade cartridges and 119,000 82mm mortar rounds.