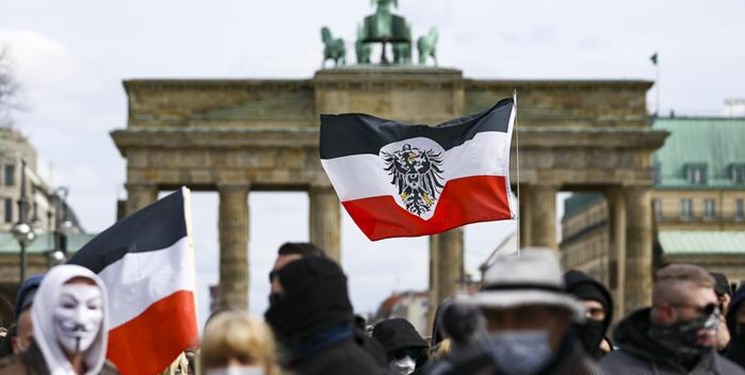 TEHRAN (FNA)- The German government said Friday that it has identified more than 300 employees of national and state military, police and security agencies with links to far-right extremists or similar movements.

The Federal Ministry of the Interior analyzed 860 cases of possible extremist activity from July 2018 to July 2021. Federal-level security agencies accounted for 176 cases, and 684 were at the state level, The Associated Press reported.

Among the activities and actions examined were memberships in or support for extremist organizations, posts on social media, participation in far-right extremist events and membership in related chat groups.

The analysis confirmed links to right-wing extremism or movements with a similar ideology, such as the Reichsbürger movement, in 38% of all the reviewed cases.

Reichsbürger, or “Reich citizens”, has similarities to nationalist citizens' movements in the United States and elsewhere. Its followers reject the authority of the modern German state and promote the notion of “natural rights”, often mixing this ideology with far-right politics and esoteric conspiracy theories.

The more than 300 cases of far-right extremist ties led to 500 disciplinary measures, including processes to remove individuals from their positions, during the three-year period, according to the report.

The number of right-wing extremists overall in Germany has been increasing, not just at law enforcement agencies. Last summer, the interior ministry released figures that showed the country had 33,300 far-right extremists in 2020, an increase of almost 4% from the previous year.

Earlier this week, Interior Minister Nancy Faeser presented statistics showing a notable rise in crimes and incidents connected to right-wing extremism in Germany, calling it “the greatest danger to people living in this country”.

“We will not allow our democratic constitutional state to be sabotaged from within by right-wing extremists,” Faeser said.