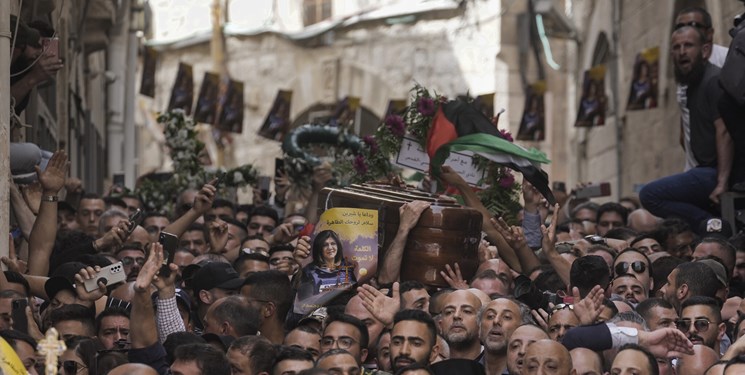 TEHRAN (FNA)- Iran's Deputy Judiciary Chief and head of the country's Human Rights Headquarters Kazzem Qaribabadi said that Israel, backed by Washington, continues crimes against Palestinians and journalists, and cautioned that Tel Aviv's crimes will not end until the international community takes a strong position.

"How can one expect the blood-thirsty Israeli regime which headshots journalists to respect their dead bodies?" Qaribabadi wrote on his twitter page on Saturday.

How can one expect the blood-thirsty Israeli regime which headshots journalists to respect their dead bodies? Enjoying the United States’ unwavering support for decades, the regime’s unspeakable crimes will continue with no end in sight - unless the intl. community makes a stand! pic.twitter.com/F4tzNxUhfj

"Enjoying the United States’ unwavering support for decades, the regime’s unspeakable crimes will continue with no end in sight – unless the intl. community makes a stand!" he added.

Iranian Government Spokesman Ali Bahadori Jahromi condemned killing of Abu Akleh by the Zionist regime, describing it as a violation of international laws and attack on the freedom of media.