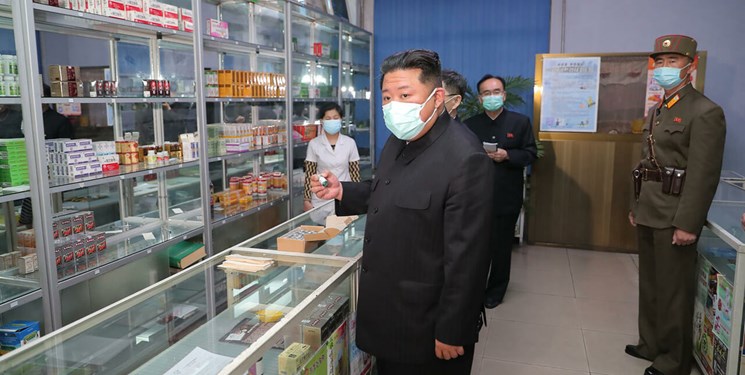 North Korea acknowledged for the first time last week that it is battling an “explosive” COVID-19 outbreak, with experts raising concerns that the virus could devastate a country with limited medical supplies and no vaccine programme, Al-Jazeera reported.

In a sign of how serious the situation may be, Kim “strongly criticised” healthcare officials at a politburo meeting on Sunday for what he called a botched response to epidemic prevention – specifically a failure to keep pharmacies open around the clock to distribute medicine.

He also ordered the army to get to work “on immediately stabilising the supply of medicines in Pyongyang”, the capital, where Omicron was detected last week in North Korea’s first reported cases of COVID-19.

The additional figures take North Korea’s tally of the fever-stricken to 1,213,550, with 50 deaths by Sunday. KCNA did not say how many suspected infections had tested positive for COVID-19.

The North has blamed a large number of the deaths on people who were “careless in taking drugs” because of a lack of knowledge about the Omicron variant of coronavirus and its correct treatment.

In neighbouring South Korea, President Yoon Sul-yeol said his government will spare no effort to help the North fight its outbreak. He told the parliament on Monday that his government was ready to provide COVID-19 vaccines and other medical support if Pyongyang agrees.

“We must not hold back on providing necessary assistance to the North Korean people, who are exposed to the threat of the coronavirus,” Yoon said during his first budget speech at the National Assembly.

“If the North Korean authorities accept, we will not spare any necessary support, such as medicine, including COVID-19 vaccines, medical equipment and healthcare personnel,” he said.

Seoul’s unification ministry, responsible for relations between the neighbours, said it would soon propose a plan of support to Pyongyang.

Kim has put himself front and center of North Korea’s disease response, overseeing near-daily emergency Politburo meetings on the outbreak, which he has said is causing “great upheaval” in the country.

The Supreme Leader on Sunday visited pharmacies neat the capital’s Taedong river, KCNA said, and found that pharmacies were not well-equipped to perform their functions smoothly, despite authorities ordering the distribution of national reserves of medicine.

Among their shortcomings were a lack of adequate drug storage other than showcases, while salespeople were not equipped with the proper sanitary clothing and hygiene in their surroundings fell short of standards, the leader said.

The failure to distribute medicine properly was “because officials of the Cabinet and public health sector in charge of the supply have not rolled up their sleeves, not properly recognizing the present crisis,” state media KCNA quoted Kim as saying.

He criticised the “irresponsible” work attitude, organisation and execution by the cabinet and the public health sector, it added.

Kim’s public criticism is a sign that the situation on the ground is grim, said Yang Moo-jin, professor at the University of North Korean Studies in Seoul.

“He is pointing out the overall inadequacy of the quarantine system,” he told the AFP news agency.

North Korea has previously turned down offers of COVID-19 vaccines from China and the World Health Organization’s Covax scheme, but it is likely to need international assistance to get through the massive Omicron surge, Yang said.

Pyongyang may have to turn to China, South Korea, the United States or international organizations in the end, he said.

Despite the public health crisis, new satellite imagery indicates North Korea has resumed construction at a long-dormant nuclear reactor and officials in Washington and Seoul have warned that Kim is preparing to conduct another nuclear test.

Analysts have warned Kim could speed up testing plans to distract the population from the disastrous coronavirus outbreak.

Taking pandemic help from South Korea would both hurt North Korea’s “ego” and force it to hold off on its nuclear testing plans, said Cheong Seong-jang, researcher at the Sejong Institute

“If Kim Jong-un is determined to conduct a test, he will not accept South Korea’s help,” he said.