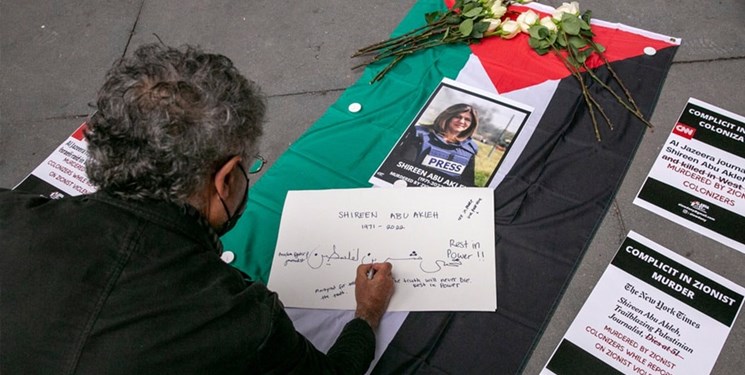 The Human Rights Council of Iran's Judiciary in a statement condemned assassination of Abu Akleh by the Israeli forces in the West Bank, stressing the international community must hold the Israeli regime accountable for the crime.

It added that Abu Akle was among the 82 journalists assassinated by the usurping regime over the past four decades, while the regime is intensifying its crimes in the occupied lands of Palestine.

The statement noted that killing journalists in the occupied territories has always been the occupying regime's policy, adding that Abu Akleh's assassination highlighted the role that media and journalists play in the fight against the Zionist regime.

"It is time for the international community to end its long silence, take steps to end the occupation, secure the rights of the Palestinians as real owners of the occupied territories, and end the oldest crisis in the Middle East and the world, which is the root cause of other ongoing crises in the region," it underlined.

The statement also offered condolences to Abu Akleh's family, and voiced solidarity with the free journalists in the world who have put on their agenda giving honest and accurate information about the crimes committed by the Zionist regime to the world public opinion.

Iranian Government Spokesman Ali Bahadori Jahromi condemned killing of Abu Akleh by the Zionist regime, describing it as a violation of international laws and attack on the freedom of media.