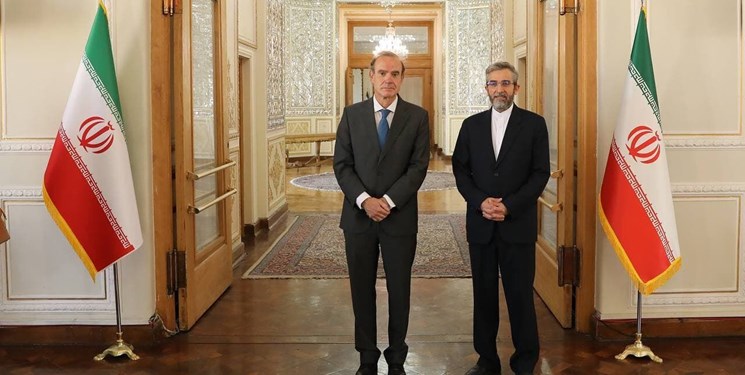 "During Mora's visit to Tehran, the Iranian side organized very serious and result-oriented negotiations with special initiatives. Several long talks were held between Iranian top negotiator Ali Baqeri Kani and Mora," Khatibzadeh told reporters in a press conference in Tehran. 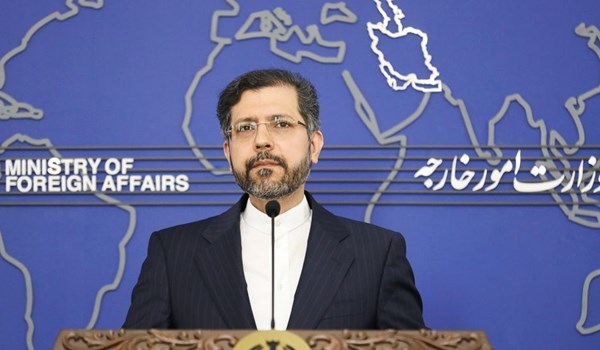 During these talks, Iran proposed some solutions to resolve issues, he said, adding, "If the American side responds, we can be in a position where all sides can return to Vienna."

If the US makes its political decision, important steps will be taken in the Vienna talks, Khatibzadeh said.

Calling for the complete removal of maximum pressure policy imposed by Trump's administration, he said that Iran's demands have been always within the text of the JCPOA and Resolution 2231.

Asked about the role of Russia in Vienna talks, he said that it is normal that the war in Ukraine and the deep differences between Russia and the West and Europe may undermine Russia's role, as a mediator, in issues like JCPOA.

"Today, we have reached the point that the US must accept the normalization of Iran's trade relations with other countries in accordance with the JCPOA and Resolution 2231," Khatibzadeh said.

Iran's top negotiator Ali Baqeri Kani said on Sunday that his country had acted successfully in neutralizing the US sanctions, but meantime, stressed that Tehran was still serious about achieving a deal on the removal of embargoes in the Vienna talks.

The foreign ministry, along with scientists and experts in the country's energy sector, will use all of their international capabilities to enhance Iran's ability to neutralize sanctions, Baqeri Kani told reporters on the sidelines of the 26th International Oil, Gas, Refining and Petrochemical Exhibition.

He underlined Iran's success in neutralizing sanctions, and added that other countries that have been sanctioned are now seeking to use Iran's experience in nullifying sanctions.

Late last month Iranian President Seyed Ebrahim Rayeesi said that his government has boosted oil exports and developed economic and trade relations with the neighboring states in order to neutralize the US sanctions.

The government does not view the removal of the sanctions on Iran as the only solution to the country’s economic woes, Rayeesi said, addressing a meeting with political activists in Tehran.

Baqeri Kani said that Iran is serious in the Vienna talks and firm in distrusting enemies, adding that the Foreign Ministry will do its utmost to lift sanctions imposed against the country.

Iranian Foreign Minister Hossein Amir Abdollahian said on Friday that Tehran and the G4+1 group of countries (Russia, China, Britain and France plus Germany) still have the opportunity to reach a “good and reliable” agreement if the US makes the necessary decision and honors its commitments.

Mora, who was in Tehran on a two-day visit last week, met with Amir Abdollahian and Baqeri Kani.