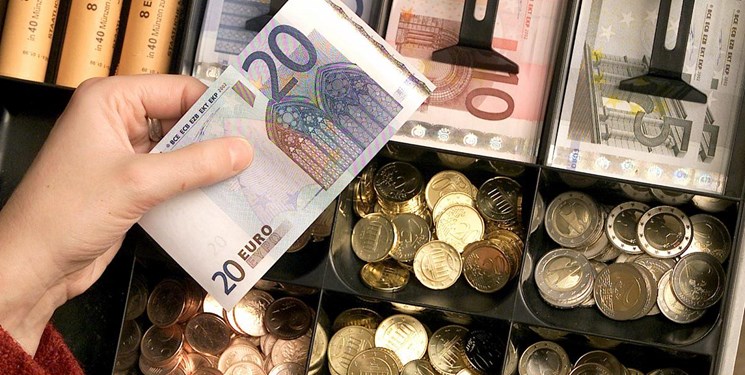 TEHRAN (FNA)- The war in Ukraine is severely curtailing the European Union's economic rebound from the COVID-19 pandemic with this year's growth forecast sharply revised down, the European Commission warned on Monday.

It lowered its economic growth forecast for the eurozone in 2022 by 1.3 points to 2.7% and increased its inflation forecast by 3.5 points to 6.1%, Euro News reported.

Inflation for the whole of the EU is meanwhile expected to reach 6.8% this year.

Paolo Gentiloni, Commissioner for Economy, described the cut in growth as "one of the steepest" ever done between forecasts — the EU's Winter Forecast was delivered in February.

These revised forecasts are explained by higher commodity prices — including energy — which have soared even further since Russia launched its military operation in Ukraine on February 24.

The war has also exacerbated supply chain disruptions for a broad range of other raw materials.

"There is no doubt that the EU economy is going through a difficult period due to Russia's war against Ukraine, and we have revised our forecast downwards accordingly," said European Commission Vice-President Valdis Dombrovskis

"The most important negative factor is soaring energy prices, which are driving inflation to record levels and weighing on European businesses and households," Dombrovskis added.

Despite the growth forecast being slashed, both commissioners were keen to stress that it will remain positive this year thanks in part to the strong rebound seen since spring and summer of 2021 when European economies started rebooting following a COVID-19 lockdown slump.

The European Commission also flagged that "the labour market is entering the new crisis on a strong footing" with unemployment rates at the end of last year falling below previous record lows. Labour market conditions are also projected to improve further this year.

Governments' deficits have also improved with the aggregate debt-to-GDP ratio of the EU forecast to decline to around 87% this year from 90% in 2021.

Still, Gentiloni warned that "this forecast is however subject to high uncertainty and risks that are closely linked to the development of Russia's war".

"Other scenarios are possible under which growth may be lower and inflation higher than we are projecting today," he added.