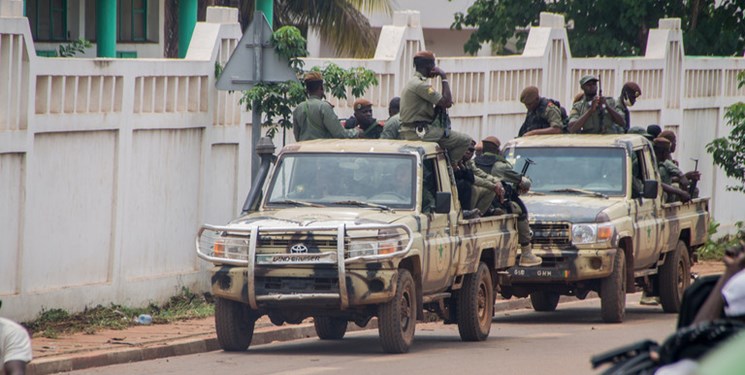 TEHRAN (FNA)- A group of Malian officers attempted a coup last week with the help of a Western state, the government in Bamako announced. While the military government did not name the alleged foreign culprit, the announcement comes amid the ongoing deterioration of relations with Mali’s former colonial ruler, France.

“A small group of anti-progressive Malian officers and non-commissioned officers attempted a coup on the night of May 11-12, 2022,” Government Spokesman Colonel Abdoulaye Maiga said on national TV.

“These soldiers were supported by a Western state. The attempt failed thanks to the vigilance and professionalism of Mali’s defense and security forces,” he added.

The government denounced the “outrageous attack on state security, the purpose of which is to hinder — or even annihilate — the substantial efforts to secure our country and return to a constitutional order that guarantees peace and stability” in Mali, but offered few details of the alleged plot.

One anonymous military source told Al-Jazeera that about 10 people have been arrested so far. The government has confirmed that security at checkpoints around the capital has been increased in an effort to catch accomplices that may still be at large.

Claims of the failed coup came on the same day Mali withdrew from the G5 Sahel Force, a multinational effort to counter militants in the region. The five-member group set up in 2017 also included Chad, Burkina Faso, Mauritania and Nigeria.

Mali is currently ruled by interim President Assimi Goita, an army colonel who led the 2020 military coup against President Ibrahim Boubacar Keita – as well as the May 2021 coup against his replacement Bah N’Daw.

Following the 2021 coup, Goita’s government has been accused by Western powers of inviting Russian private military contractors to help Bamako fight militants in the North.

Meanwhile, Bamako’s relations with Paris continued to deteriorate. At Goita’s insistence, France pulled its troops out of Mali in February. The country banished French state media in March, accusing them of publishing false reports about human rights abuses. Earlier this month, Mali severed defense accords with Paris, citing “flagrant violations” of its sovereignty by French troops.