UN Rapporteur: US Should Stop Maximum Pressure Policy against Iran 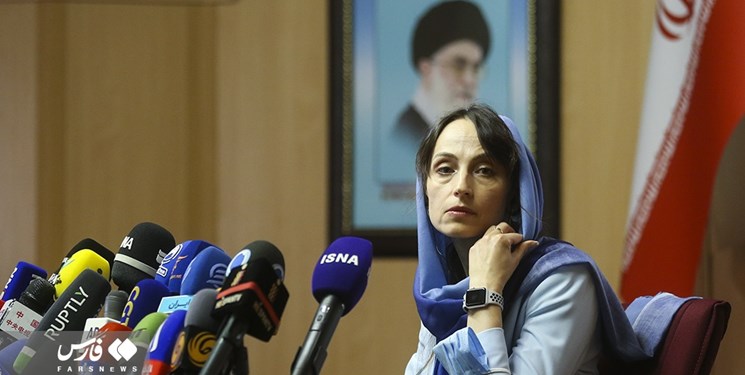 TEHRAN (FNA)- UN Special Rapporteur on the Negative Impact of Unilateral Coercive Measures on the Enjoyment of Human Rights Alena Douhan said that the US sanctions and maximum pressure policy have left negative impacts on ordinary people in Iran and they should stop.

Addressing a press conference in Tehran on Wednesday, Douhan blasted Washington for its brutal sanctions regime against the Islamic Republic of Iran, saying that harsh economic sanctions have had a damaging impact on human rights in the country.

She noted that decades of sanctions have wholly affected Iranian people’s lives and have particularly hit the low-income section of the society.

While presenting her assessment of the unilateral coercive measures (UCM) against Iran, the UN official who works under a mandate from the UN Human Rights Council, called on Washington to abandon its hard-nosed policy of maximum pressure against Iran and other countries.

Douhan, who arrived in Tehran earlier this month, said she had met with many civil society members, representatives of financial centers, diplomatic community during her visit.

The UN official said she will address her concerns about the legality of US sanctions in her final report, which will be released at a later date.

Douhan’s mission from May 7 to 18 is the first to Iran by a UN special rapporteur.

Before embarking on the trip, the UN official said she hoped to "gather first-hand information on the impact of unilateral coercive measures on the full realization of all human rights" in Iran.

"My visit will aim at covering all walks of life and sectors affected by such measures," she noted, dismissing speculation in the Western media that she was heading to Iran with a specific agenda.

She told reporters on Wednesday that the US has since the 1970s imposed crippling economic and trade sanctions on Iran and significantly expanded them since the early 2000s.

“I call on the sanctioning states, particularly the US, to abandon the unilateral sanctions,” she stated.

Douhan also referred to stalled negotiations in Vienna to bring the US back to the JCPOA, urging the JCPOA signatories and the US to resume the negotiations.

Decrying the US decision to abandon the nuclear deal and continue with its sanctions regime, she said the deal was endorsed by UN Security Council Resolution 2231.

“Applying extraterritorial sanctions on Iranian companies or companies working with Iran … is illegal under international law,” she asserted.

Commenting on Iran's frozen assets abroad, the UN official said the assets estimated to be around $120 billion need to be unblocked.

“I urge the states that have frozen the assets of Iranian Central Bank to immediately unfreeze Iran’s funds based on international law.”

Douhan also welcomed Iran’s efforts to support Afghan refugees, displaced by the 20-year US war, despite reeling under sanctions.

In May 2018, the former US President Donald Trump, after unilaterally withdrawing his country from the 2015 nuclear deal, reinstated harsh economic sanctions on Iran and slapped new ones in an unprecedented move that was widely decried.

Under the 2015 agreement, officially known as the Joint Comprehensive Plan of Action (JCPOA), international sanctions on the Islamic Republic were eased in exchange for Tehran putting limitations on certain aspects of its nuclear activities.

Trump’s sanctions deprived the Islamic Republic of economic dividends under the accord as it barred countries and international firms from working with Iran.