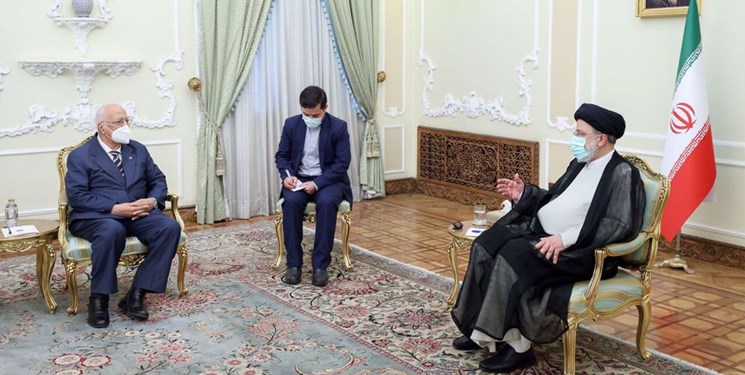 Iran wants expansion of its cooperation with Cuba through drawing on the "diverse capacities" that exist in each country, Rayeesi said in a meeting with Cuban Deputy Prime Minister Ricardo Cabrisas in Tehran Wednesday.

He described Iran and Cuba's ties as "strategic" in nature, saying those capacities have to be used towards expansion of the mutual cooperation "in the commercial, economic, agricultural, healthcare, and medical areas".

"Iran and Cuba's positive and constructive relations can be extrapolated to the area of the countries' international interaction too," Rayeesi said.

The Iranian president made special references to the countries' successful cooperation in the healthcare area.

In January 2021, Iran and Cuba signed an agreement to cooperate on a coronavirus vaccine project amid crippling sanctions imposed on the two countries by the administration of former United States President Donald Trump.

The cooperation led to the development of the Pastu Covac vaccine, which has been successfully used against several mutations of the highly infectious virus.

"By relying on their domestic potential, Iran and Cuba can reach self-sufficiency in various areas and production of strategic products," Rayeesi said.

He touched on existing areas and potentials of cooperation with Latin American countries, saying "Iran intends to develop its relations with independent countries that resist the global arrogance's excessive demands, including Cuba."

Cabrisas, for his part, described mutual ties as "deep and strategic" in nature, underlining Havana's will to develop its economic and commercial relationship with Tehran.

He also called for the implementation of "medium-term and long-term" projects that would enhance mutual relations to the level of "multilateral relations across the Latin American region".

In relevant remarks on Saturday,  Iranian Foreign Minister Hossein Amir Abdollahian described Cuba as Iran's strategic partner, stressing the need for more cooperation between the two countries to counter the US sanctions.

Amir Abdollahian made the remarks in a meeting with Cabrisas in Tehran.

He described Cuba as a strategic partner for Iran, and called for the expansion of mutual cooperation in various fields.

Amir Abdollahian said the joint economic committee would provide the two countries with an opportunity to discuss ways to enhance economic and trade relations and political cooperation.

Cabrisas Ruiz is in Tehran to take part in the 18th session of the Iran-Cuba joint economic committee.