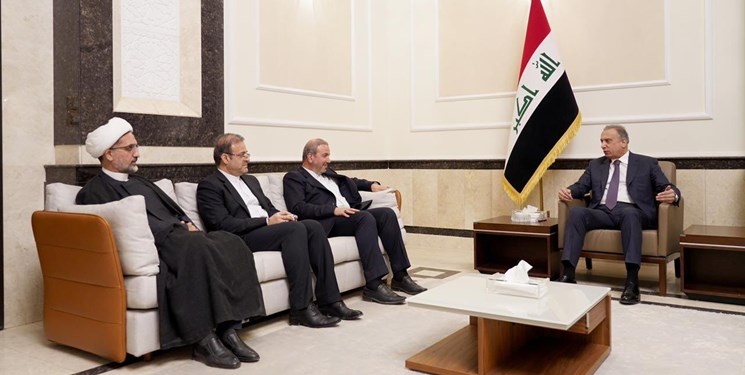 TEHRAN (FNA)- Iraqi Prime Minister Mustafa al-Kadhimi in a meeting with Iran's new Ambassador to Baghdad Mohammad Kazzem Al-e Sadeq stressed that Iran and Iraq should further develop their relations to the benefit of both countries and the region.

During the meeting in Baghdad on Wednesday, al-Kadhimi stressed the importance of developing relations with Iran.

He said that Iran and Iraq should develop their ties in line with their own interests as well as the interests of all regional countries.

Al-Kadhimi also stressed the need for diplomatic work in order to adopt common approaches aimed at protecting the interests of the two countries as well as the region.

Al-e Sadeq, for his part, expressed gratitude for al-Kadhimi’s efforts to promote Tehran-Baghdad relations and enhance their cooperation in all fields.

He presented his credentials to Iraqi President Barham Salih on Tuesday.

"The policy of the Islamic Republic of Iran in the current parliament and the 13th government (under President Raeisi) is to develop relations with countries, especially with neighboring and regional countries. Iran seeks economic, political, cultural ties and especially cooperation in the field of environment," Qalibaf said in a joint press conference with his Iraqi counterpart Mohammed al-Halbousi in Tehran.