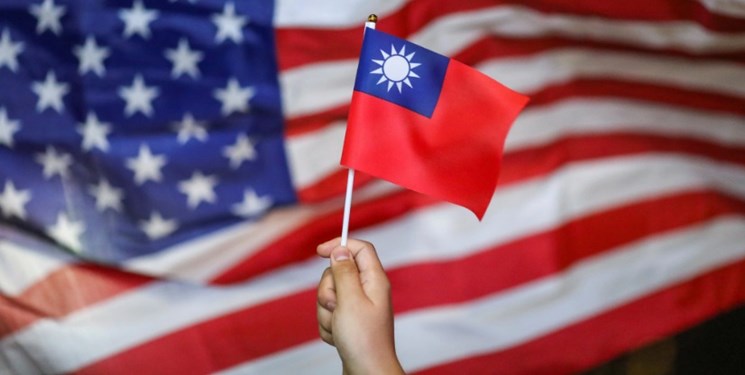 TEHRAN (FNA)- The United States’ top trade official renewed efforts to deepen economic relations with Taiwan in a meeting with her Taiwanese counterpart, as President Joe Biden began his first visit to Asia since taking office amid increasing competition with China.

In a statement on Friday, the office of US Trade Representative Katherine Tai said she met with with Taiwan’s lead trade negotiator John Deng in Bangkok ahead of the Asia-Pacific Economic Cooperation (APEC) ministerial meeting, Al-Jazeera reported.

“Ambassador Tai and Minister Deng directed their teams to explore concrete ways to deepen the US-Taiwan trade and investment relationship and to meet again in the coming weeks to discuss the path forward,” it said.

Such high-level meetings can increase tensions between the US and China, which claims self-ruled Taiwan as part of its territory and is against any official exchanges between Taiwan’s government and other foreign governments.

Relations between Washington and Beijing have been strained in recent months, particularly over China’s neutral public position on the war in Ukraine.

Biden has warned his Chinese counterpart Xi Jinping of “consequences” should China provide any support to Russia in its invasion, and senior members of the Biden administration have urged Beijing to exert pressure on Moscow to end the war.

Last month, China also denounced a visit by a group of US legislators to Taipei, saying it was “deliberately provocative” and had “led to further escalation of tension in the Taiwan Strait”.

“With Taiwan producing 90 percent of the world’s high-end semiconductor products, it is a country of global significance, consequence and impact, and therefore it should be understood the security of Taiwan has a global impact,” Menendez told Tsai at that time.

The Biden administration has been trying to demonstrate that Washington remains focused on the Asia-Pacific as Beijing becomes an increasingly powerful player in the region.

Last week, Biden hosted a two-day summit with the 10-nation Association of Southeast Asian Nations (ASEAN) at the White House, pledging $150mln on infrastructure, security and anti-pandemic efforts in the region.

On Friday, the US president began his first visit to Asia in South Korea, meeting the country’s newly sworn-in President Yoon Suk-yeol for the first time in person.

Biden said the future would be written in the region and now was the time for the US and like-minded partners to invest in each other.

“With today’s visit, I hope that Korea-US relations will be reborn as an economic and security alliance based on high-tech and supply chain cooperation,” said Yoon, urging Biden to provide incentives for South Korean and US businesses to invest in each other’s countries.