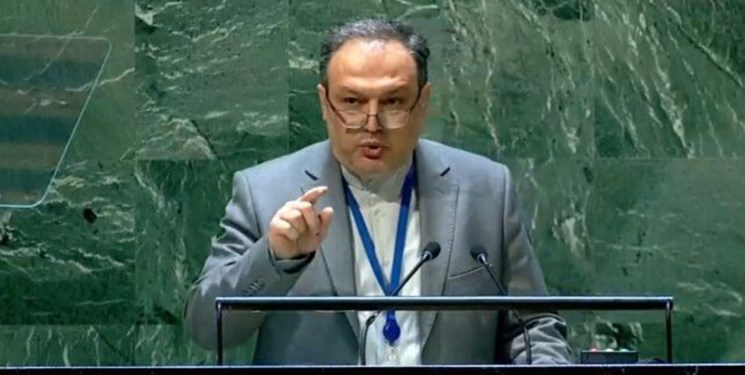 TEHRAN (FNA)- First Counselor of Permanent Mission of the Islamic Republic of Iran to the United Nations Ali Hajilari called for the removal of the entire sanctions unilaterally imposed on Tehran.

Hajilari called on the global community to make effective efforts to condemn unilateral sanctions and coercive measures against Iran which has hosted millions of refugees and migrants.

He reiterated that the anti-Iran sanctions should be immediately removed.

Iran has been hosting millions of the displaced, migrants, and refugees with no international support for over four decades; while the country itself is under coercive measures and sanctions.

In a relevant development in late January, Iranian Ambassador and Permanent Representative to the United Nations Majid Takht Ravanchi said that while the United States’ inhumane sanctions have created tremendous difficulties for the Iranian government and people, various services, including education, health, medical treatment, vocational training, and employment "are being provided to Afghan people living in Iran, with minimal assistance from the international community".