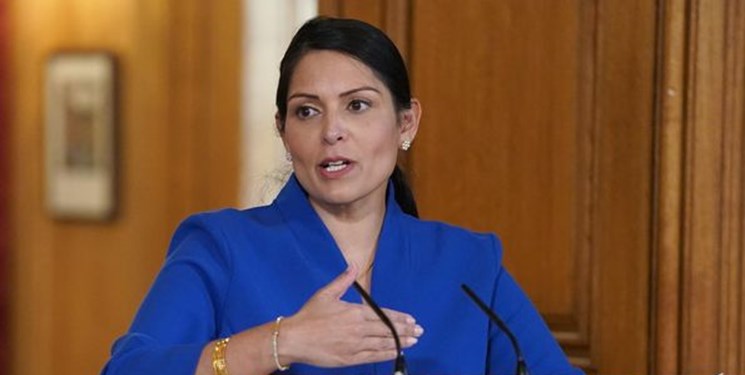 TEHRAN (FNA)- British Home Secretary Priti Patel is said to be controlled by a shady group that manages spy agency MI6-inspired research and influence operation, according to a report.

It adds the group is being guided in its covert operation, in part, by former spy chief, Richard Dearlove. The Grayzone notes the cabal also sought to seize power over energy policy and displace a government minister.

The revelations raise serious questions about Patel’s fitness to rule on WilkiLeak founder, Julian Assange’s extradition to the US.

Earlier this month, The Grayzone exposed a plot against former UK Prime Minister Theresa May. It announced, a shadowy intelligence cabal conspired to replace May with Boris Johnson to secure a hard Brexit deal with the EU.

The spectral group’s apparent leader and puppet master is Gwythian Prins, a member of the Chief of Defense Staff’s Strategy Advisory Panel, and former NATO and Ministry of Defense advisor.

On January 21, Prins wrote to Dearlove – a key member of the cabal – outlining the terms of "Dark Ullen", the codeword title of “our China project".

On February 21, 2022, Prins told Patrick Robertson, director of the pro-Brexit Bruges Group think tank, that he was “honored” to have met Patel face-to-face earlier that evening. He referred to the home secretary as “a refreshing change from the soggy mass of current politicians".

Even before Patel’s connection to an MI6-linked domestic influence operation was exposed, she was burdened with conflicts of interest that compromised her fitness to rule on sensitive.

Patel reportedly sat on the advisory council of the neoconservative Henry Jackson Society think tank alongside Lord James Arbuthnot – a former Conservative minister of defense whose wife, Lady Emma Arbuthnot, made two key rulings against Assange in 2018, before being forced to step aside due to a “perception of bias".

The Henry Jackson Society has counted CIA Director James Woolsey as a patron since 2006, and hosted three other former chiefs since 2014, including then-US Secretary of State Mike Pompeo in 2020.

While leading the CIA in 2017, Pompeo designated WikiLeaks a “non-state hostile intelligence service”, which opened the floodgates for untrammeled surveillance, harassment, and persecution of Assange and his collaborators, leading the agency to hatch a scandalous plot to kidnap or even kill the WikiLeaks founder.

Last month, a court in the United Kingdom issued a formal order to extradite Assange to the United States, where he could face a lifetime in prison on espionage charges.