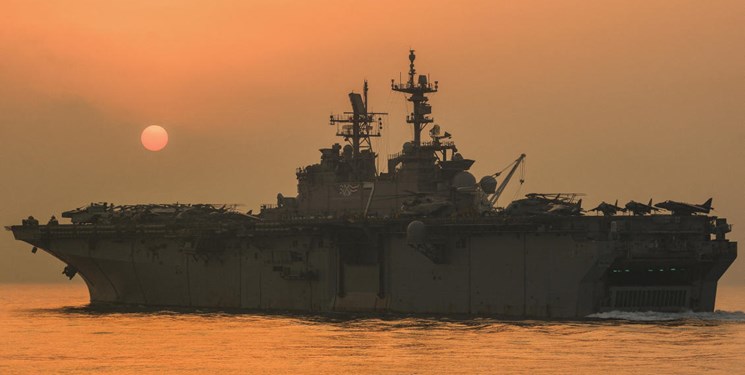 “High-precision long-range sea-based Kalibr missiles destroyed a large batch of weapons and military equipment near the Malin railway station in Zhytomyr region delivered from the United States and European countries,” the defense ministry reported on Saturday.

Russia has repeatedly warned the US and its allies in the UK and EU against sending lethal aid to Ukraine, stressing it only destabilizes the situation and hampers the prospects of peace.

“These weapons will be a legitimate target for the Russian Armed Forces,” Russia’s Foreign Minister Sergey Lavrov has reiterated.

“Warehouses, including in the west of Ukraine, have become such a target more than once. How else could it be? NATO is essentially going to war with Russia through a proxy and arming that proxy. War means war,” he stated.

But NATO members, who have already armed Kiev with anti-tank and anti-aircraft missile systems, armored vehicles, howitzers, and other weapons, are showing no sign of backing down.

Russia attacked its neighbor in late February, after Ukraine's refusal to implement the terms of the Minsk agreements, first signed in 2014, and Moscow's eventual recognition of the Donbass republics of Donetsk and Lugansk. The German- and French-brokered protocols were designed to give the breakaway regions special status within the Ukrainian state.

The Kremlin has since demanded that Ukraine officially declare itself a neutral country and provide guarantees that it will not join NATO. Ukraine views the Russian offensive as an unprovoked act of war, and has denied claims it was planning to retake the two republics by force.