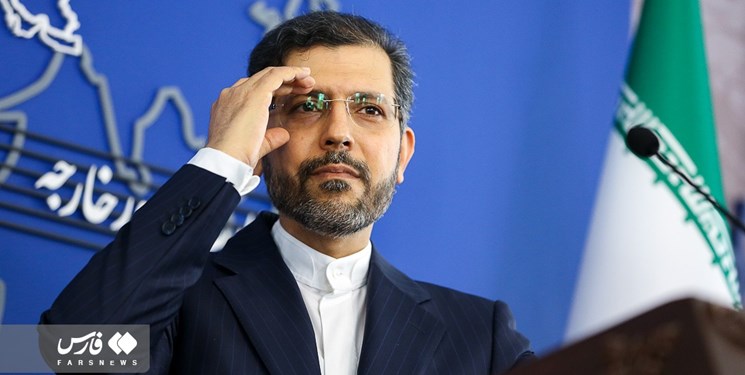 Tehran will pursue the restoration of its right to the water of Hirmand River along the Afghanistan border through legal channels, Khatibzadeh told reporters during his visit to Taybad and the Dogharoun region near the borders of Afghanistan.

He added that the high commissioners of Iran and Afghanistan have held talks over Iran’s right to the water of Hirmand River.

Khatibzadeh also described the infrastructure on the Dogharoun border as good, saying it has facilitated transit, exports and imports.

He expressed the hope that similar infrastructure would be built on the Afghan side of the border, saying that Dogharoun crossing is one of the most important land borders of Iran that has a key role in the expansion of ties with Afghanistan.

Last month, Iran called on the Taliban government ruling Afghanistan to respect the country’s undertakings based on the 1973 treaty about the water rights from the Helmand River.

Mokhber in decrees addressed to the Iranian foreign ministry and a government department on regional cooperation urged the authorities to press the ruling group in Kabul to honor Afghanistan’s undertakings under a 1973 treaty signed with Iran on water allocations from Helmand.

The official said that the release of water from dams built on the river on the Afghan side of the border will be desperately needed in Iran to prevent a shortage of water in Southeastern province of Sistan and Balouchestan over the upcoming months.

“The ruling group in Afghanistan must commit to this water right as stipulated under international treaties and resolve the issue as soon as possible,” Mokhber said in his decree.

He asked officials to introduce interim measures to prevent any shortage of drinking water in southeastern Iran over the summer and said that the region will benefit from a stable supply of water from desalination plants on the Sea of Oman within the next few years.

The ruling Taliban group in Afghanistan announced in January that they had released water from the Kamal Khan Dam on Helmand for a first time decades.

Iranian authorities said at the time that the decision had been taken to comply with the terms of the Afghan-Iranian Treaty on water allocation from Helmand.

However, later statements showed that the Iranian officials were not happy with the amount of water that had reached marches and wetlands in the Sistan region.