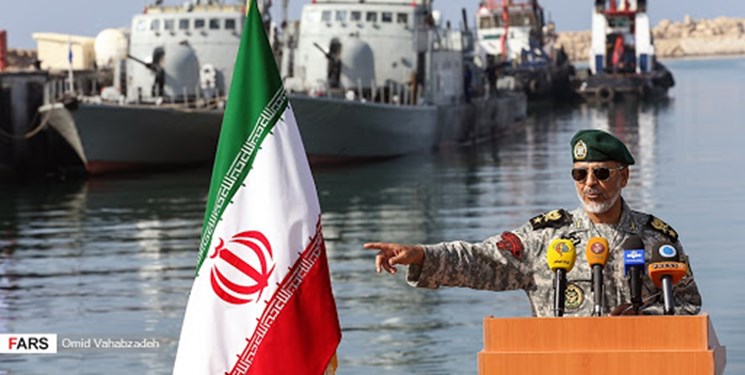 The Iranian naval forces have succeeded in escorting and protecting almost 5,000 oil tankers and commercial ships in international waters since 2008, Rear Admiral Sayyari said on Saturday.

The Iranian Navy, he said, has also thwarted numerous pirate attacks to secure the safe passage of the ships in Iran's territorial waters.

The advanced capabilities of Iran’s armed forces show the country’s great and exemplary power, Rear Admiral Sayyari stressed, adding that the country's armed forces are “able to defend the interests of the Islamic Republic [even] at a distance of 2,500 km off Iran’s coasts”.

He added that country has managed to reach such levels of power and dominance that it will not hesitate to give the “harshest response” to even the slightest threats.

“Wherever the interests of the Islamic [Republic] are in danger, we stand firm and defend our interests,” Rear Admiral Sayyari said.

The commander noted that faith and unity are among the key factors behind the Iranian nation’s victory over the nefarious designs of enemies, warning them of the “harshest response” should they dare make the slightest threat against the country.

Rear Admiral Sayyari emphasized that safeguarding territorial integrity, playing an active role in the international arena, strengthening national security and deterrent power, and maintaining full readiness of the armed forces were among the achievements of the Islamic Revolution.

Rear Admiral Irani said that an Army Navy escort team engaged in clashes with a group of pirates who were attempting to hijack a commercial ship of Iran in the Red Sea.

Also earlier in May, the Iranian Navy announced that its forces foiled a pirate attack against a merchant ship sailing in the Gulf of Aden which had come under attack by unidentified pirates.