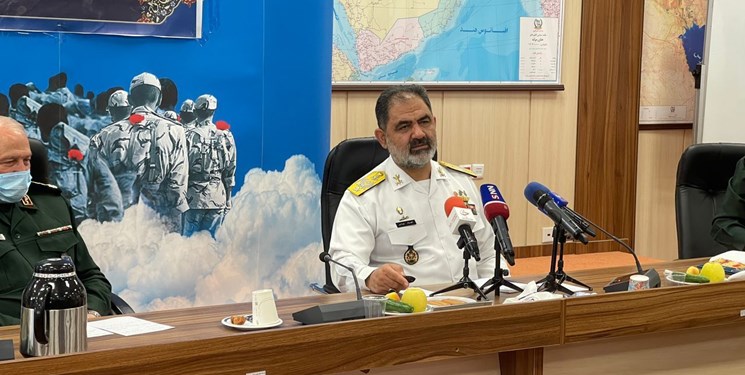 The presence of Iranian flotilla of warships in the free waters on security missions shows power and strength of the Navy of the Islamic Republic, Rear Admiral Irani said on Monday.

Today, the naval forces have access to any points in the international waters, he added.

The commander also said that manufacturing a heavy cruiser is on the country's agenda.

To do so, the Navy pays special attention to capabilities of the elite and the knowledge-based companies as the Supreme Leader of the Islamic Revolution has underlined the importance of the issue, Rear Admiral Irani said.

Elaborating on the Navy measures in the Makran coastal region in Southeast of Iran in the Sea of Oman, the commander said the naval forces have made development in that region.

In relevant remarks earlier this month, Rear Admiral Irani said that the country was trying to permanently deploy its naval forces in free waters to defend Iran's interests.

He added that the Iranian Navy is at the forefront of defending the Islamic Republic of Iran and maintains a presence 2,000 kilometers away from borders to safeguard the country’s interests.

Rear Admiral Irani added that any move by the Iranian Navy will be made upon the order of the Leader of Iran’s Islamic Revolution.

He said the Leader considers the Makran coastal range as highly important, adding that fulfilling the demands of Ayatollah Seyed Ali Khamenei calls for education and attention to development.

The Gulf of Aden – which links the Indian Ocean with the Suez Canal and the Mediterranean Sea – is an important energy corridor, particularly because Persian Gulf oil is shipped to the West via the Suez Canal.