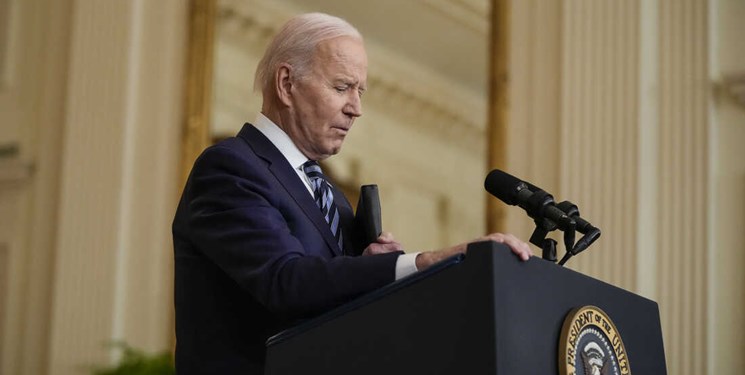 TEHRAN (FNA)- US President Joe Biden's approval rating stands at just 43% in a new poll released on Monday, sitting at near record lows.

That is down from some 47% of registered voters who approved of the president's job in April's NewsNation/Decision Desk HQ poll, Anadolu news agency reported.

Over 57% of voters said they disapprove of the way Biden has handled his presidency, now in its second year. Some 40% said they "strongly disapprove" of the president's job.

The poll is the latest grim indication for Biden and Democrats heading in to November's midterm elections when one-third of the Senate will be up for grabs, as well as all 435 seats in the House of Representatives. Last week, an AP-NORC poll had Biden's job approval plummeting to 39%, largely fueled by economic discontent.

Republicans are hoping to seize on the issue in six months when they seek to take control of the House and, potentially, the Senate.

Inflation continues to be the number one concern among registered voters, with 64.6% of respondents saying it is, according to The NewsNation/Decision Desk HQ. That is a jump of over 12% from April.

It is followed this month by crime at 14.7%, COVID-19 at 14.3% and unemployment at 6.4%. The poll was conducted May 19-20, and found Biden struggling most among registered voters aged 55 and older, 47% of whom strongly disapproved of Biden's handling of the presidency.