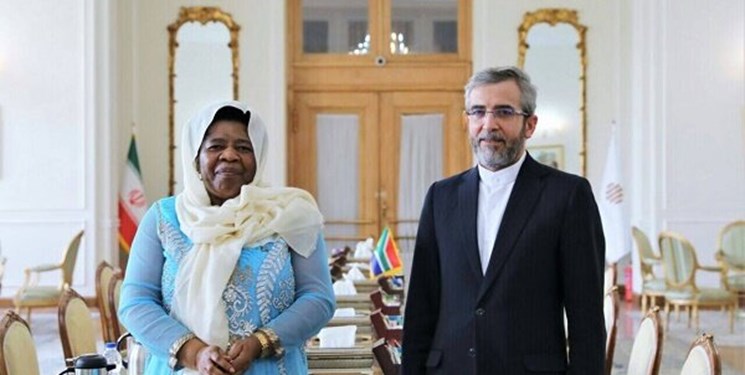 Baqeri Kani made the remarks in a meeting with South Africa’s Deputy Foreign Minister Candith Mashego-Dlamini in Tehran.

"Since the diversity and extent of human rights abuses between Iran and South Africa by Westerners is unparalleled in the world, Tehran and Pretoria can be the global flag bearers of human rights protection against Westerners," she added.

Mashego-Dlamini also called for continuous consultations with Iran on important developments in Africa and regional and international events.

Candith Mashego-Dlamini arrived in Tehran at the head of a delegation to attend the 10th meeting of the Iran-South Africa political consultative committee.

She also met and held talks with the Iranian Foreign Minister Hossein Amir Abdollahian on Sunday.