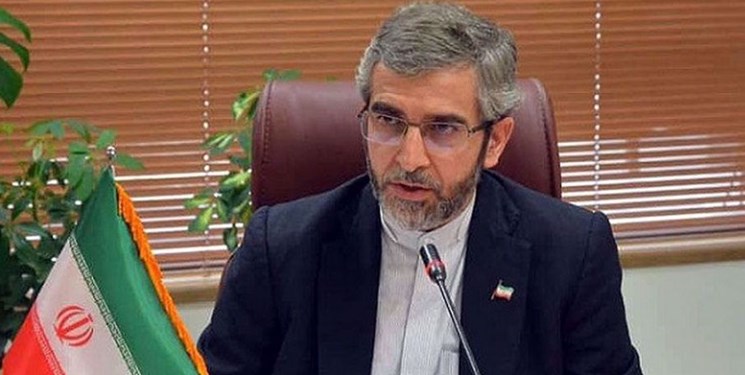 Mutual cooperation between Iran and Uzbekistan must be enhanced in counterterrorism efforts, countering drug trafficking as well as common security issues in the region to strengthen regional stability and secure the interests of the two states, Baqeri Kani said in a meeting with his Uzbek counterpart Farhat Sadiqov in Tehran on Wednesday.

To achieve the favorable objectives, the official processes must be speeded up, he pointed out.

He referred to the current developments in Afghanistan, and stressed that countries should pay attention to the situation of Afghan people.

Baqeri Kani pointed to the significance of establishing peace and tranquility in Afghanistan.

Sadiqov, for his part, stressed his country's interest in developing relations with Iran, particularly in the transportation, trade, and using Chabahar port to facilitate and increase mutual exports and imports.

"The traditional and previous routes do not meet the needs of food security and it is necessary to find alternative routes," he added.

In a relevant development in March, Iranian Foreign Minister Hossein Amir Abdollahian in a meeting with Uzbek Deputy Prime Minister in China underlined that Iran attaches importance to the broadening of relations with Tashkent.

During the meeting in Tunxi city, Amir Abdollahian expressed the hope that the continuation of holding the Joint Economic Commission of Iran and Uzbekistan results in further expanding Tehran-Tashkent relations.

"The Islamic Republic of Iran attaches special importance to relations with Uzbekistan," he added.