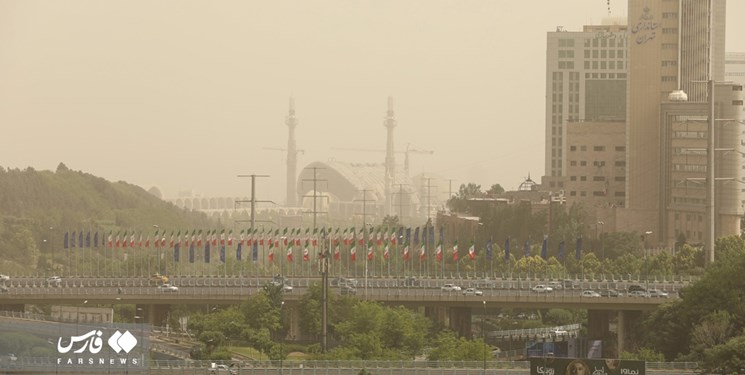 TEHRAN (FNA)- The Iranian officials have started holding a series of meetings and signed agreements with Iraqi and Syrian officials to resolve the problem of dust storms.

Iranian Vice-President and Head of the Department of Environment (DOE) Ali Salajeqeh said on Wednesday that Iran, Iraq and Syria will sign a Memorandum of Understanding (MoU) to increase cooperation to combat dust storms.

He pointed to the latest consultations with Iraqi and Syrian officials to combat dust storms, said that the DOE's officials have had effective meetings with these countries' officials and have discussed ways to control dust storms.

"In Iraq, we had meetings with the Prime Minister and the Ministers of Environment, Foreign Affairs, Interior, Agriculture and Water Resources, who all stressed the need for cooperation in this field to combat the problem."

Salajeqeh also declared endorsement of a Memorandum of Understanding (MoU) with Syria that will be implemented in the city of Deir Ezzur, adding that an MoU will be signed with the Iraqi side on July 12, 2022, to control the foreign sources of the dust storms.

The campaign against dust pollution is a public demand today and the entire regional countries are expected to heed their responsibilities respectively, Rayeesi said in a phone conversation with Iraqi Prime Minister Mustafa Al-Kadhimi on Sunday.

He said that the climate change is not restricted to any certain country and no borders are limits for the climatic phenomena.

Elsewhere, Rayeesi expressed satisfaction with the progressing movement of the Iraqi nation towards unity, and the interactions among various groups for establishment of the new Iraqi government, and argued that the approval of a law on prohibition of naturalizing relations with the Zionist regime at the Iraqi parliament was a blessed act.

Al-Kadhimi, for his part, appreciated Iran's support for the Iraqi Parliament's decision to ban naturalizing ties with Israel.

He said that the Palestinian issue is a top concern for the world Muslims as the entire freedom and justice seekers in the world favor the liberation of Palestine.

Al-Kadhimi also assured President Rayeesi that the completion of Shalamcheh-Basra railroad will be followed up seriously.

He referred to his meeting with the head of the Iranian Environment Protection Organization about the dust problem and the practical acts that each country must pursue within the framework of an MOU.

Last Wednesday, Iranian Foreign Minister Hossein Amir Abdollahian wrote letters to his counterparts in the region to discuss the origin of dust storms and environmental crises caused by the spread of sandstorms in the region.

He explained that "in addition to bilateral technical cooperation to control tiny particles issue, the Islamic Republic of Iran calls for the conclusion of a regional convention with the participation of the United Nations and its specialized agencies, in particular, the United Nations Environment Program and the World Health Organization".

Amir Abdollahian added in the letter that "it is necessary to create a fund under this proposed convention to which international and regional aid is deposited to use the fund in fighting the particles and deforestation as soon as possible".

The Iranian foreign minister further pointed out that the dust storms are a regional phenomenon as they spill over boundaries of the regional countries, therefore they require a regional solution.

Amir Abdollahian added that Iran had previously discussed the need for bilateral and collective action to curb the phenomenon of dust storms and deforestation with its Iraqi, Syrian, Kuwaiti and Turkish counterparts.

He also called on Iraqi Foreign Minister Fuad Hussein to focus on Saudi Arabia, which is affected by dust storms itself while it is one of the main origins of the phenomenon.