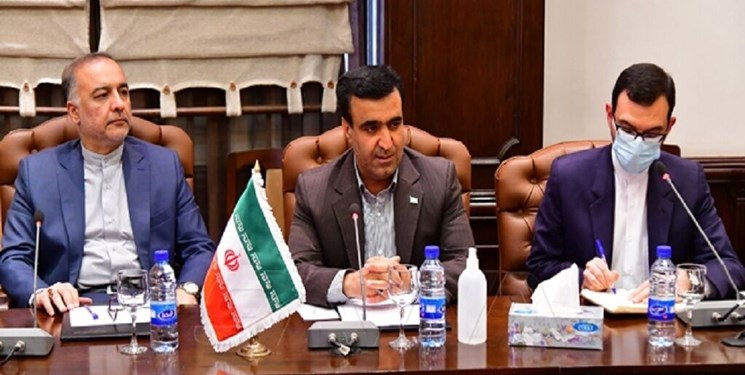 TEHRAN (FNA)- Iranian Vice-President Ali Salajeqeh and Syrian Minister of Local Administration and Environment Hussein Makhlouf in a meeting in Damascus called for the implementation of agreements between Iran and Syria to fight dust storms hitting the two countries and elsewhere in the region.

Salajeqeh, who also heads Iran's Department of Environment, held talks with Makhlouf in the Syrian capital.

The two officials explored ways on how to fight sandstorms that have in recent weeks intensified in both countries and left a number of people dead in Syria.

Salajeqeh told reporters that assessment jointly conducted by Tehran and Damascus shows that Deir al-Zur, situated in Eastern Syria, is one of the main centers of sandstorms that have also swept Iran and other regional countries.

He said that the two sides have exchanged views on how to mitigate the impact of this phenomenon and alleviate the suffering of their people.

The Syrian minister, for his part, said that efforts are underway to accelerate measures initiated in 2006 in the environment sector.

Makhlouf said that Syria has already taken significant steps in protecting the environment, including the reviving of meadows.

The Syrian official explained that the war in his country over the past decade also caused harm to the environment, as terrorists have cut trees and burned forests, among other things.

He blamed Turkey's cutting off the flow of the Euphrates too.

Prior to his trip to Syria, the Iranian official also visited Iraq where he met with Prime Minister Mustafa al-Kadhimi for talks on how to tackle sandstorms.

Iraq is one of the countries hardest-hit by sandstorms, with its sky repeatedly turning orange over the past few weeks, sending thousands to hospital.