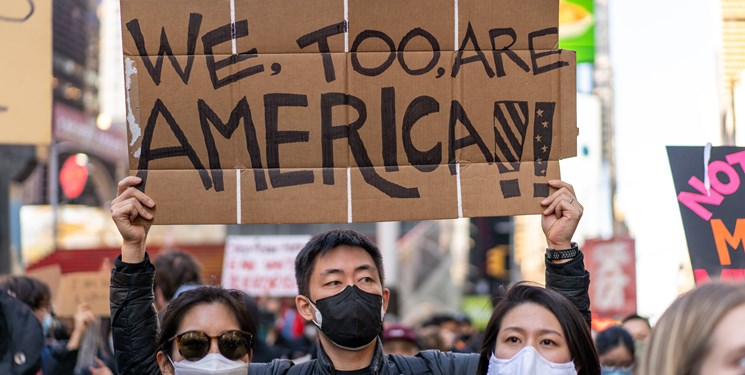 TEHRAN (FNA)- Only 3 percent of anti-Asian attacks in New York City resulted in a hate crime conviction, according to a report released this week by the Asian American Bar Association of New York.

The report, “Endless Tide: The continuing struggle to overcome anti-Asian hate in New York”, shows that only seven out of 233 anti-Asian attacks reported last year led to a guilty plea to a hate crime, NBC News reported.

The report also found that Asian American women were victims in more than half of the attacks, which most commonly included assault, and affected individuals between the ages of 20 and 49.

In light of the findings, the association is calling for officials to improve the collection of public hate crime data, remove barriers to reporting hate incidents, education, bail reform, develop anti-bias programming and make changes to hate crime legislation.

“It was difficult for them to have their alleged hate crimes be recognized,” Chris Kwok, an association board member and the co-executive editor of the report, told NBC News, adding, “We think that it’s because people find it hard to think of Asian Americans as victims of hate crimes.”

Experts attribute this issue to a lack of trust between law enforcement and immigrant populations, linguistic barriers and anti-Asian bias, such as the perpetual foreigner stereotype and the scapegoating of Asian Americans.

“All of these are harmful stereotypes that lead some individuals to see Asian Americans as easy targets of race-based violence, but they also are built into the fabric of how government structures work,” said Meera E. Deo, a law professor at the Southwestern Law School in California, adding, “So that what we report or what we perceive isn’t taken seriously or might be downplayed or dismissed.”

“It’s not only beatings, or acid attacks, which some of us have heard about, but also things like verbal abuse or spitting, pushing, threats of violence,” Deo said, adding, “All of these are things that are within the formal definition of what could be considered a hate crime if accompanied by racist language.”

Some advocates and experts criticized the Asian American Bar Association of New York’s earlier comments about bail reform, which said bail should be determined based on public safety and whether an individual is a danger to the community.

“It’s important to think carefully about the ways in which any solutions that we have don’t pit communities of color against one another,” Deo said, adding, “I don’t think harsher, more punitive punishments are always the best solution.”