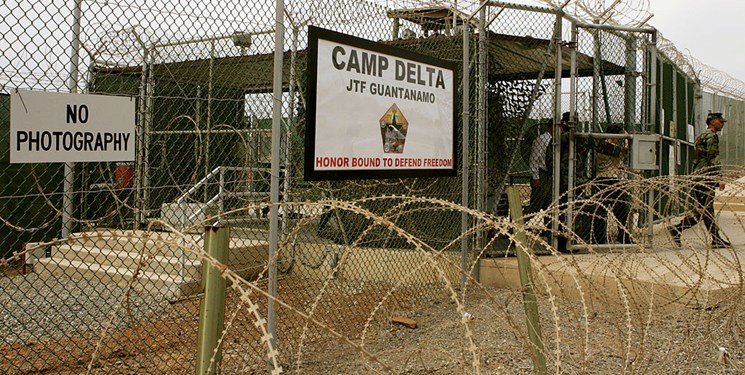 TEHRAN (FNA)- Gina Haspel, who was the first female director of the CIA from 2018 to 2021, observed a prisoner being subjected to “enhanced interrogation” that included waterboarding at an agency black site, reported The New York Times.

Controlled by the Central Intelligence Agency, such black sites are used by the US government in its War on Terror to detain enemy combatants.

The revelation came in testimony during a hearing in Guantanamo Bay, Cuba, in May. The pre-trial hearings are part of the drawn-out trial of detainees facing capital charges related to allegations that they conspired in the September 11 terrorist attacks in 2001.

So-called “psychologist” James Elmer Mitchell, who helped to invent and implement into common practice the agency’s interrogation programme, which included rectal feeding, hanging by handcuffs, and waterboarding, testified in relation to events that took place in late 2002. He revealed that along with another CIA contract “psychologist”, John Bruce Jessen, they subjected a Saudi prisoner, Abd Al-Rahim Al-Nashiri, to waterboarding at a CIA black site in Thailand.

Nashiri is accused of orchestrating the bombing of the US Navy destroyer USS Cole in 2000, which killed 17 American sailors.

The chief of base at the time, whom Mitchell referred to as Z9A, or “Zulu Nine Alpha”, in accordance with court rules, watched the “enhanced interrogation” of Nashiri. Z9A is the code name used in court for Gina Haspel, stated the report.

Back in 2018, during a confirmation hearing to become director of the CIA, Haspel had been questioned on the issue by Democrat Senator for California, Dianne Feinstein. When asked point-blank whether she had overseen the interrogations Nashiri, which included the use of a waterboard, the American intelligence officer had declined to answer, citing her classified role.

Mitchell testified that on three separate sessions he held a cloth over the face of the prisoner, who was strapped to a gurney, and adjusted it, while Jessen poured the water. Nashiri was allowed to breath in between the pours, pivoted from lying on his back to a standing position. Other “coercive techniques” had also been used by the team, such as placing the prisoner in a small confinement box.

According to Mitchell, who professed to have a “general memory of what was done”, the naked and sometimes hooded detainee may have been subjected to slapping, with the back of his head deliberately slammed into the burlap-covered wall.

According to Mitchell’s testimony, the chief of base observed the sessions, but never participated in them.

Mitchell had been allowed to testify by military judge Colonel Lanny J Acosta Jr because the CIA had destroyed videotapes defence lawyers argue showed the “psychologists” interrogating Nashiri, depriving them of potential evidence.

The Senate Intelligence Committee was prompted to investigate the black site programme after the CIA was revealed to have destroyed the tapes. Most of the footage had showed Abu Zubaydah, the first detainee taken into custody at Guantanamo Bay.

At the time of his 2002 capture in Pakistan, the US believed Zubaydah to be a high-ranking official of the Al-Qaeda terrorist group behind the September 11 terror attacks in the US. He was held at CIA “black sites” until he was transferred to the Guantanamo Bay Detention Camp in 2006. A US Senate report in 2014 confirmed that Zubaydah was waterboarded more than 80 times and spent more than 11 days in a coffin-sized box.

At her confirmation hearing in 2018, Haspel acknowledged her part in the destruction of the CIA tapes as a chief of staff to the operations chief, Jose A Rodriguez Jr, adding that she “did not appear on the tapes".

The CIA has never acknowledged that Haspel oversaw the CIA black site in Thailand, despite former officials claiming that she ran it from October 2002 until December 2002. It was precisely during that time that Nashiri was being tortured, according to Mitchell’s testimony.

In August 2018 a Freedom of Information lawsuit by the George Washington University-based National Security Archive shed light on CIA cables either authorised or written by Haspel while she was base chief at the Thailand black site. The cables offered descriptions of interrogation methods that included waterboarding and confinement.

Events at the secret prison in Thailand dating back to 2002 were revisited as the pretrial hearings into the death penalty cases of prisoners remaining at Guantanamo Bay resume over the summer. Defence teams have been requesting that military judges exclude certain evidence from the trials as tainted by not just torture but also cruel, inhuman and degrading treatment.

There has not been any official comment on the report from the CIA or the law firm King & Spalding LLP that presently employs Gina Haspel.