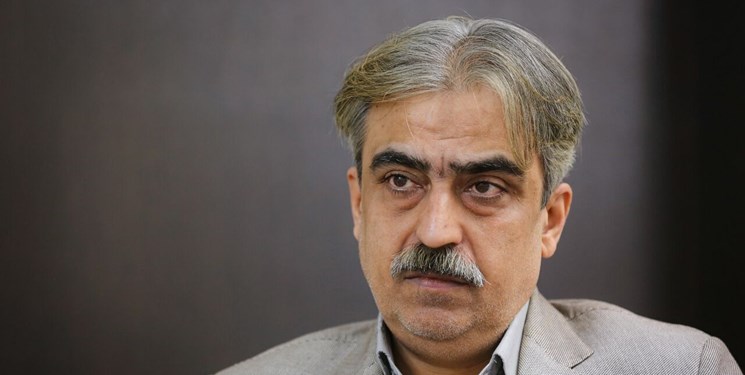 TEHRAN (FNA)- Senior political and foreign policy analyst Seyed Mostafa Khoshcheshm said that Tehran is well aware that the western states are attempting to use the possible anti-Iran resolution at the International Atomic Energy Agency (IAEA) as a pressure tool and is ready to confront any such move with a tougher response.

The West is seeking to put pressure on Iran using this tactic, Khoshcheshm told MNA, adding that Iran is well-aware of the West's objective and is ready to reciprocate any such hostile move with a tough response that will be twice harsh.

Iran has tolerated pressure more than this over the past 20 years, he said, noting that the enemy has failed in putting pressure on the country in political, military, economic and media fields.

The series of plots against Iran in different areas, including stealing of an Iranian tanker off the coast of Greece to terror attacks by the Zionists, psychological warfare, and the aggrandizement of the weak anti-revolutionary opposition, are all aimed at building up political pressure on Iran to make it step back in the Vienna talks, the senior analyst underlined.

Certainly, the agency's resolution will not achieve the goal that is pretended because referral to the Security Council will eventually lead to nowhere except facing a veto from China and Russia, Khoshcheshm said, and added if the West really meant action it would have not threaten an IAEA resolution to refer Tehran's case to the UNSC which will be a move in void, but it would have resorted to trigger mechanism.

Yet, if any resolution is adopted by the IAEA Board of Governors, even if it is a weak resolution against Iran, then they should wait for Tehran's reprisal that will be twice tough.

"Still we should wait and see if the US and its European allies would go for such a mistake or they would retreat from their earlier threats," Khoshcheshm said.

Iranian Foreign Minister Hossein Amir Abdollahian in a phone conversation with European Union foreign policy chief Josep Borrell on Friday said that any political move at the IAEA will be responded by Tehran.

“Any political action by the United States and the three European countries in the IAEA will undoubtedly meet with a proportionate, effective, and immediate response from the Islamic Republic of Iran,” Amir Abdollahian said.

Amir Abdollahian said it was in clear contradiction with the agency’s principles of observing impartiality and maintaining its technical and professional integrity.

Also, in a separate phone call with his Russian counterpart Sergei Lavrov, the top Iranian diplomat denounced the US and three European countries over their “unconstructive” push for the anti-Iran resolution.

The move, Amir Abdollahian said, would disrupt negotiations underway in Vienna between Iran and the world powers to salvage the landmark 2015 deal.

On Wednesday, Iran’s foreign ministry had warned that it would respond proportionately to any “unconstructive move” at the upcoming meeting of the UN nuclear watchdog.

Last Thursday, Amir Abdollahian underlined his country's cooperation with the International Atomic Energy Agency, saying that any political interference in the IAEA's technical affairs is unconstructive.

"The process of technical cooperation between the AEOI with the IAEA and the repeated confirmation by the IAEA of the peaceful nature of Iran's nuclear program cannot be reversed at once by a hasty political comment," Amir Abdollahian said in a phone conversation with his Singaporean counterpart Vivian Balakrishnan.

"During Grossi's recent visit to Tehran, we reached a mutually agreeable agreement with a positive trend," he said, adding that Iran considers political interference in the Agency's technical affairs completely unconstructive.

Turning to the Vienna talks, the Iranian foreign minister stressed Iran's seriousness in reaching a good and stable deal, saying that the deal is in reach if all parties adhere to diplomacy and commitment to realism.