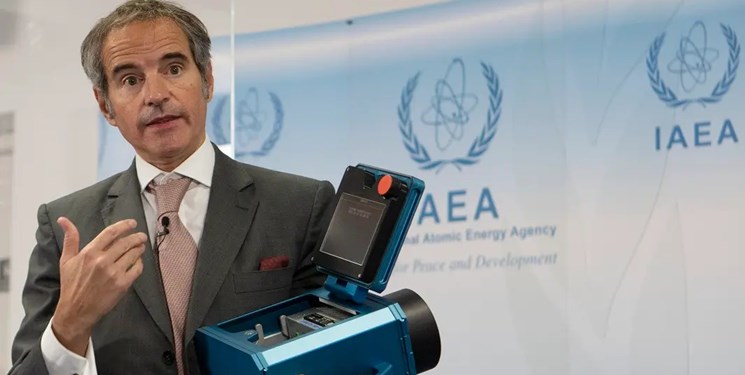 TEHRAN (FNA)- Iran announced that it has removed two cameras of the International Atomic Energy Agency (IAEA) which had been installed beyond the country's undertakings under the safeguards agreement after the UN Agency's chief started escalating tensions against Tehran.

The Atomic Energy Organization of Iran (AEOI) made the announcement on Wednesday.

The AEOI said the UN atomic body has not appreciated Iran's good-will gesture and has instead viewed Tehran’s voluntary move as part of its undertakings.

The decision has been taken amid a meeting of the IAEA’s Board of Governors. The event is reportedly set to adopt an anti-Iran resolution, drafted by Britain, France, Germany, and the US, to allegedly accuse the Islamic Republic of withholding cooperation with the agency.

The expected adoption of the resolution also comes following a trip by IAEA Chief Rafael Grossi to the Israeli-occupied territories.

Iranian Foreign Minister Hossein Amir Abdollahian warned on Sunday that those who support or sponsor adoption of a resolution against Iran at the IAEA will account for its consequences.

“Those who push for anti-Iran resolution at IAEA will be responsible for all the consequences,” Amir Abdollahian wrote on his twitter page.

“We welcome a good, strong and lasting agreement,” he added.

“It's within reach if US/E3 (Washington and the European trio) are realistic,” Amir Abdollahian said.