Navy Commander: Iran to Give Firm Response to Enemy's Threats 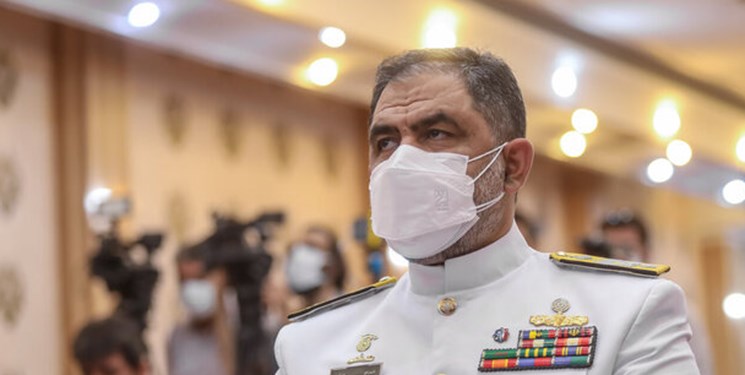 TEHRAN (FNA)- Navy Commander Rear Admiral Shahram Irani warned that his forces are prepared by every means to give a crushing response to any hostile move against the security of Iran's territorial waters.

Rear Admiral Irani made the remarks addressing a ceremony to mark the return of the 81st Flotilla of the Iranian Navy at the end of a routine mission to maintain the Islamic Republic’s sway in international waters and to safeguard maritime routes for the country’s vessels.

"Despite the pressures of the enemies on the Islamic Republic of Iran, the Iranian Army Navy is present in open waters with modern equipment," he said.

Rear Admiral Irani also appreciated the assistance and cooperation of the Iranian Navy to the ships, and said that the number of piracy attacks has been reduced by positive measures and anti-piracy tactics of Iran's Navy in international waters.

He pointed out that Iran's presence in international waters is an authoritative presence.

Rear Admiral Irani also warned that the Iranian Army Navy will definitely respond to anyone who disrupts security and violates its rules in these waters.

In a relevant development in May, Rear Admiral Irani announced that the Iranian Navy had successfully thwarted a pirate attack on an Iranian cargo vessel in the Red Sea following an exchange of fire.

Rear Admiral Irani said that an Army Navy escort team engaged in clashes with a group of pirates who were attempting to hijack a commercial ship of Iran in the Red Sea.