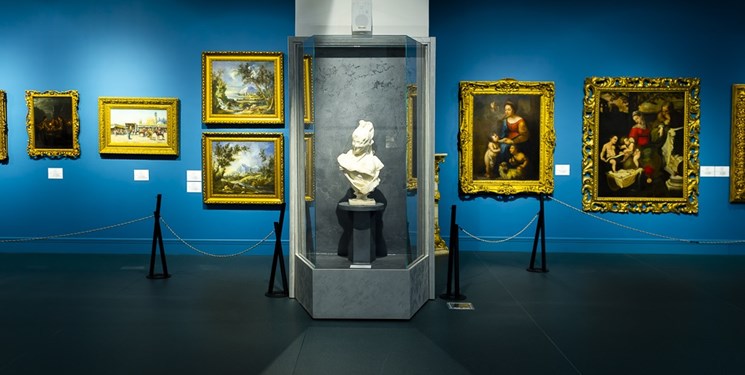 The visit started from the historical section of the Museum of Ancient Iran and the explanations provided by Firoozeh Sepidnameh, the director of this museum, were noticed by the guests.

The joint cultural manifestations of the two countries with ancient history of Iran and Iraq in the Museum of Ancient Iran, including historical and cultural monuments from the Achaemenid period, attracted the attention of the Minister of Culture, Tourism and Antiquities of Iraq.

At the end of his visit to the National Museum of Iran, Hassan Nazem was present at the "Touch of History" exhibition for the blind, and by touching samples made of historical and cultural monuments, he called this special exhibition very admirable.

The Museum of Archeology and Art of the Islamic Era of Iran, in the presence of Karam Mirzaei, the director of the museum, hosted the Iraqi delegation, and in this section, Quranic manuscripts were considered by Hassan Nazem.
At the end of the visit, the Director General of the National Museum of Iran presented a collection of National Museum publications to the Iraqi Minister of Culture, Tourism and Antiquities.