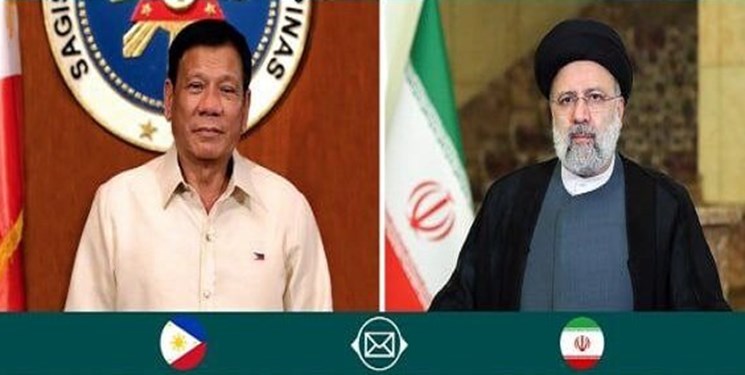 TEHRAN (FNA)- Iranian President Seyed Ebrahim Rayeesi in a message to his Filipino counterpart Rodrigo Duterte called for the expansion of mutual cooperation in different areas.

"Tehran and Manila have enjoyed a growing trend of bilateral relations over the past years," the Iranian president said in his message while congratulating President Duterte on that country's Independence Day.

President Rayeesi, meantime, called for expanding and deepening the two country's relations in line with the interests of the two nations of Iran and the Philippines.

Independence Day is an annual national holiday in the Philippines observed on June 12, commemorating the declaration of Philippine independence from Spain in 1898.