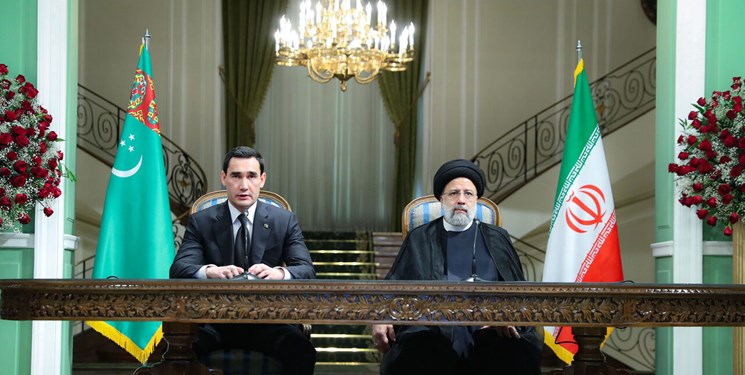 "The two countries have had good relations in the last three decades and on my last year trip to Ashgabat we activated some collaborations, specially in gas swap and transportation areas," President Rayeesi said.

He also praised the former Turkmen President Gurbanguly Berdimuhamedow for his efforts in strengthening the ties between the two nations, and expressed hope that the trend would continue during his son’s tenure.

"Iran’s determination to sign a deal outlining the two countries' relations for the next 20 years was an indication of the significance of ties with Turkmenistan," he said.

Earlier on Wednesday, President Rayeesi officially welcomed President Berdimuhamedow who arrived in Tehran on Tuesday night as part of an official two-day visit.