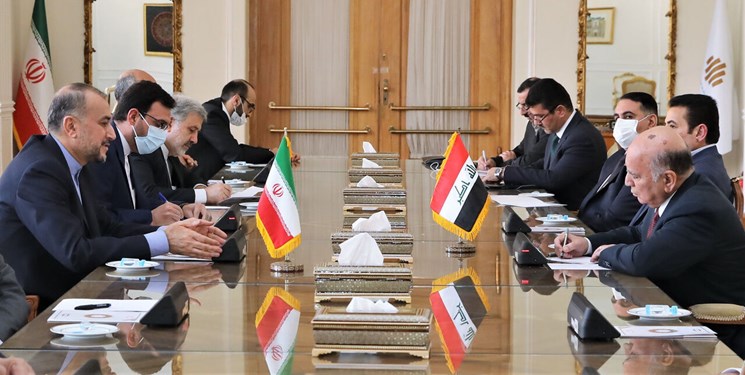 TEHRAN (FNA)- Iranian Foreign Minister Hossein Amir Abdollahian said that the recent resolution approved by the UN nuclear watchdog against Tehran was a US plot to force Tehran to make concessions in the Vienna talks.

Elsewhere in his remarks, he spoke about Baghdad-mediated talks between Tehran and Saudi Arabia, saying, "Our assessment of the recent round of talks in Baghdad is positive, and Tehran welcomes implementation of the results of talks."

"Iraq has always encouraged the United States and the West to resolve the problems and lift sanctions," the Iraqi top diplomat also said for his part.

Expressing satisfaction with the ongoing talks between the Islamic Republic of Iran and Saudi Arabia, he stressed the will of the Iraqi government is to continue to facilitate this issue until direct talks are held between the two countries' foreign ministers and relations return to normal."