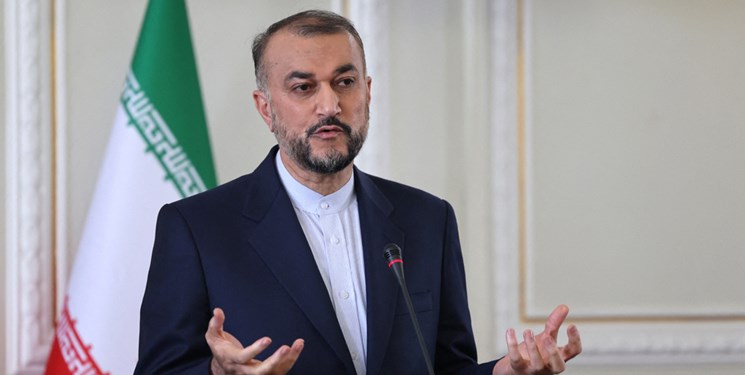 TEHRAN (FNA)- Iran’s Foreign Minister Hossein Amir Abdollahian called for an end to the United States’ sanctions and also the International Atomic Energy Agency’s political approaches in this regard.

"We continue talks & call on US to be realistic & abandon sanctions lunacy; & on IAEA to focus on technical duties instead of adopting politicized approach," Amir Abdollahian tweeted on Friday.

"Iran won't distance itself from result-oriented talks. Abiding by Majlis law, we continue talks & call on US to be realistic & abandon sanctions lunacy; & on IAEA to focus on technical duties instead of adopting politicized approach. We NEVER hesitate to neutralize sanctions," he added.

The law of the Strategic Action Plan to Counter Sanctions was passed by the Iranian Parliament in December 2020, prompting the Iranian government to restrict the IAEA's inspections and accelerate the development of the country's nuclear program beyond the limits set under the Joint Comprehensive Plan of Action (JCPOA), such as ending the voluntary implementation of the Additional Protocol to the nuclear Non-Proliferation Treaty (NPT).

Amir Abdollahian's Twitter message came a day after the administration of US President Joe Biden imposed a new round of sanctions on Iranian petrochemical producers, as well as a network of Chinese, Emirati and Indian companies over what the US Treasury described as facilitating the export of Iran's oil.

The US Treasury Department said in a statement that the new restrictive measures were aimed at piling up pressure on Iran amid stalled negotiations aimed at reviving the JCPOA.