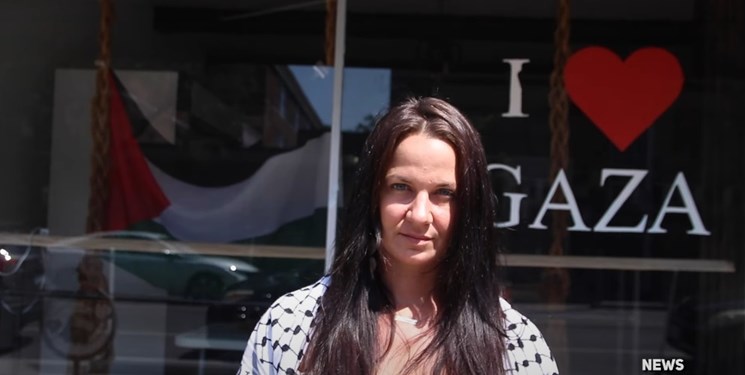 TEHRAN (FNA)- Kimberly Hawkins, owner of Foodbenders, says supporting Palestinians is a part of a global attempt to fight for freedom.

Speaking in an interview with FNA, Hawkins said, “There is greater richness in the sacrifice I made than I could ever gain from my business. One day Palestine will be free and I can rest knowing I did my very best to do what was right.”

Kimberly Hawkins is the owner of Foodbenders, a catering company based in western Toronto. It was in the news for displaying pro-Palestinian signage critical of Israel. Foodbenders was confronted by Israel lobby waging campaign to silence the pro-Palestinian food store. The City of Toronto laid charges against Hawkins for discrimination; the charges were dismissed by a provincial court later. 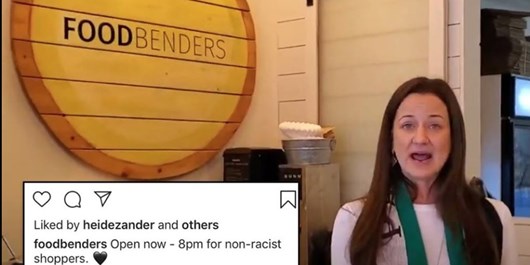 Q: Why did you choose to expose and exhibit your support of Palestine through your business?

A: I would not say it is a personal matter. I believe it to be a matter of human duty to fight for freedom, my own and the freedom of others.

Although, my battle with individual Zionists and Zionist organizations in Canada has become quite personal. There will be a price for what they put me through and the price is going to be the continued exposure of Israel’s inhumanity.

Q: How did you tolerate all hatred driven towards you by the JDL Canada, Zionists, violators, and assailants?

A: Dealing with the Zionists in Canada, in particular the Jewish Defence League, took a lot out of me mentally, physically and above all financially. I lost my company, my livelihood and all my savings fighting the Israel Lobby in court. I cannot lie and say my actions have not been without consequences or hardships, however I do not regret my choices. There is greater richness in the sacrifice I made than I could ever gain from my business. One day Palestine will be free and I can rest knowing I did my very best to do what was right. This feeling helps me to keep going. 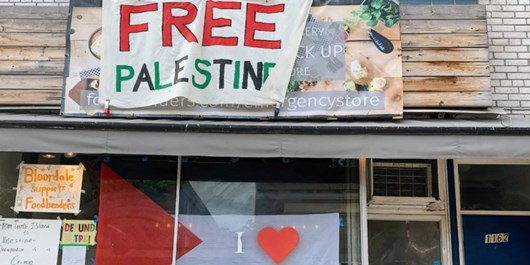 Q: How do you believe the recent verdict would encourage others standing up in solidarity with Palestinians?

A: Zionists are bullies and we can expect they will continue to use violence and coercion around the world to maintain their illegal occupation of Palestine. Legal tactics are part of their strategy to break the resistance and fracture solidarity. I hope the verdict provides encouragement to others not to give up when the Zionists come for them. So many people take a stand for Palestine, only to quickly buckle under pressure and issue public apologies to Zionists. I hope I have proven that if you believe in yourself and you stay the course, you can be David to Goliath Israel. You know in your heart you are not racist or guided by hate, do not let them convince you otherwise.