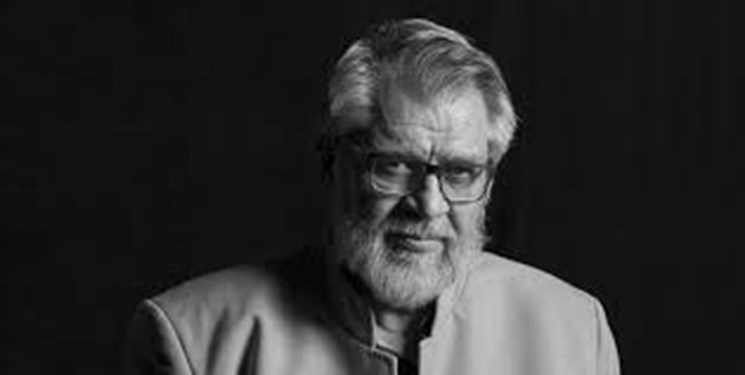 In an interview with FNA, the commentator said, “Such personalities are very rare and special; they embody the best of values from all aspects of the human condition. Any people they meet, fall in love with them, and that love remains eternal.”

“I am sure that future Hajj Naders will appear, as will Hajj Qassems. People who follow their line, who build upon their efforts and continue their paths. Of this there is no doubt”, the commentator added.

FNA withholds the identity of the political commentator on his/her request.

Q: Along with his works at Cinema and holding conferences, Talebzadeh ran weekly TV programs including “Asr” (the Age) and “Raaz” (the Secret). How do you find Talebzadeh's activism?

A: Hajj Nader was someone who lived and breathed activism, service and helping others. His activism was always conducted professionally and without cutting corners in terms of its efforts. He always did his activities very professionally. More the point, as per my experience with him, his mission was always to educate people; to bring people towards the Truth, and support the rights of the oppressed people of the world.

His background and experience in the media arena; as well as his experiences in the eight-year the Sacred Defence, as well as his strong adherence to the system of Vilayat al-Faqih, and his loyalty to the Leader, Imam Khamenei, gave him a unique insight that will be very difficult to replace.

It would not be too much to say that he was like the Hajj Qassem of the Media Resistance.

Q: What is his legacy for the people, especially the youth?

A: His primary legacy is that many people; both in the Islamic Republic of Iran, as well as outside; both Muslims and non-Muslims, are far more aware and cognizant of the schemes of the enemies of humanity.

His efforts were to bring about Justice and Truth; and to ensure that Truth always prevailed. For this he and his respected wife and many of his colleagues were sanctioned by the US regime. But he taught how to wear the sanctions as a badge of honour; and treat them as wounds a soldier received on the battlefield. The sanctions, off course, were designed to stop him from his activists; but they did the exact opposite; they made him stronger and increased his credibility infinitely.

The world has lost a very great and important teacher with the passing of Hajj Nader Talebzadeh. The world is poorer without him; that is certain; however, his teachings; the way he inspired people; the projects he worked on; these will continue; and as a result; Hajj Nader, like Hajj Qassem, continues and his work progresses. This is what the fruits of the hard work of the lovers of Allah results; that Allah becomes the guarantor of their results; and ensures that their works continues, and their legacy remains and goes from strength to strength.

Q: Do you believe the "school of thought" of Nader Talebzadeh will continue to exist?

A: This is a very difficult question; and one that many people also asked after the passing of Imam Khomeini, after the murder of Hajj Qassem, and now after Hajj Nader. Such personalities are very rare and special; they embody the best of values from all aspects of the human condition. Any people they meet, fall in love with them, and that love remains eternal.

The same happens to those who hear of them; they are inspired. The enemies can immediately see such people as dangers to the enemies’ plots and schemes; but the enemies also know that such people have a duty that God has placed upon them and for the finite time they pass in this temporal existence.

They are family to the truthful and those seeking the Truth; they are a gentle father to those who feel abandoned due to their stances; they are a source of strength even when the situation is very difficult; and they always give hope and refocus people towards Allah, towards the Truth.

Replacing such individuals is very difficult; however, it must be said that Allah will always be there for the people who place their trust in Him; and so, I am sure that future Hajj Naders will appear, as will Hajj Qassems. People who follow their line, who build upon their efforts and continue their paths. Of this there is no doubt.

As for whether such a figure will appear again; the answer can be found from history. Following the passing of Imam Khomeini, many people were confused as to who will be the next leader; what will he be like and so on. In the Western world they declared that the Islamic Revolution would be finished at the passing of Imam Khomeini – off course they were sorely mistaken. The West generally is built on mistakes upon mistakes, so their being mistaken is not surprising, just revelatory of their abject ignorance and arrogance, but I will not digress.

But this is indicative of their ignorance of history, and it reveals that the West is an expired entity; unfit for purpose; and in the process of a catastrophic demise.

One needs to only examine the situation in Lebanon, where following the murder of Shaykh Ragheb Harb, the Zionists thought they had broken Hizbullah; off course after Shaykh Ragheb Harb came Sayyed Abbas al-Mousawi, and they murdered him also, again thinking that this will destroy Hizbullah and break the Resistance. What happened? Sayyed Hassan happened.

The Zionists then began to see defeat after defeat; and now are sitting in a very precarious situation; knowing that their end is imminent, that their illegitimate, apartheid occupation of the blessed land of Palestine is in its final chapter and will soon be but a footnote in the books of history.

This does not mean that Sayyed Hassan Nasrallah is identical to Sayyed Abbas al-Musawi or to Shaykh Ragheb Harb, however, it does mean that Allah is the one that is protecting the people; that there are good people who work truly for the sake of Allah; who when the time comes Allah inspires to go on the frontlines and serve as required.

After the callous murder of Hajj Qassem, the situation of the IRGC did not break, Islamic Iran did not fall apart (as was the intention of the enemies); but instead, Sardar Qa’ani, came to the forefront; and now continues the legacy of Hajj Qassem. Without any glitch or problem. Certainly, there is a great pain; the pain at the loss of a friend, a loved one; but the march continues; until the liberation of the universe; until the name of Allah is truly raised in all places as the Most High.

With Hajj Nader, I am convinced the same is and will be the case; his work will continue, there is no stopping the work. While his work might continue under the tutelage of one person, a group of people or even organically; this is just technicalities and details.

Just like Hajj Emad, Hajj Qassem and countless others, there are countless Hajj Naders waiting in the wings, ready to continue his work; and take this movement from strength to strength, regardless of the schemes and plots of the enemies, whoever and wherever they might be.

And from Allah alone is all ability and He has authority over all things.