FIFA Study Finds Over Half of Players in Euro 2020, AFCON Finals Abused Online 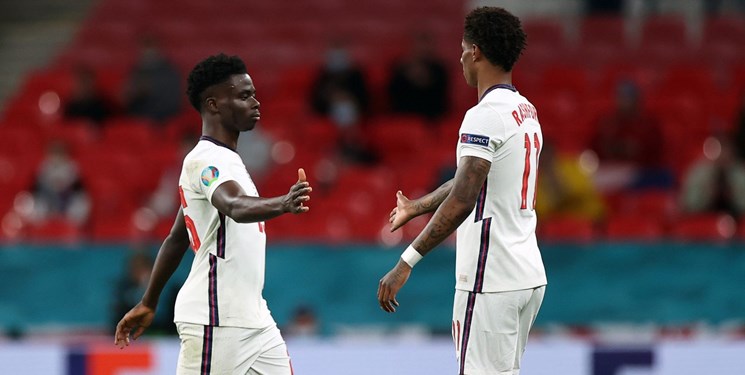 TEHRAN (FNA)- More than half the players who played in the most recent Euro 2020 and AFCON finals were abused online before, during and after the game, according to the studies of a shocking report released by FIFA and FIFPRO.

Homophobic abuse was the most common, with racism second, and though world football's governing body are not naming names, Sky Sports News understands the most abused players in the Euro 2020 final were Arsenal's Bukayo Saka and Manchester United's Marcus Rashford, who both missed from the spot as England lost to Italy on penalties at Wembley last July.

In both tournaments, most of the abuse originated from the home nation of the players being targeted - 38 percent from the UK and 19 percent from Egypt after they were also beaten on penalties by Senegal in February's AFCON final.

In response, FIFA and FIFPRO, the worldwide representative organisation for professional footballers, say they will launch a dedicated in-tournament moderation service across men's and women's football during this winter's World Cup "that will scan recognised hate speech terms published to identified social media accounts, and once detected, prevent that comment from being seen by the recipient and their followers."

FIFA President Gianni Infantino said, "Our duty is to protect football, and that starts with the players who bring so much joy and happiness to all of us by their exploits on the field of play."

"With the FIFA World Cup Qatar 2022 and FIFA World Cup Australia and New Zealand 2023 on the horizon, FIFA and FIFPRO recognise it is important to make a stand and to include what is monitored on social media with what is already being monitored in the stadiums," he added.

"We want our actions to speak louder than our words and that is why we are taking concrete measures to tackle the problem directly," he said.

Homophobic slurs were the most common form of detected abuse (40 percent), with racism second (38 percent), and the majority of it remains visible.

Anti-black racism made up 76 percent of abuse in the Euro 2020 final. But prior to the penalties, racist abuse had been relatively low, with homophobia more prevalent before and during the game.

The report, which used artificial intelligence to track more than 400,000 posts on social media platforms during the semi-finals and finals stage of Euro 2020, states that this has been observed in other studies across several sports.

It says, "Racism often picks its moment and is unleashed after a trigger. This means that a tournament or match with relatively low abuse levels can become a flashpoint at any moment."

Islamophobia was more prevalent surrounding the AFCON Final with 33 instances.

The independent report, published on Saturday to coincide with the United Nations International Day for Countering Hate Speech, also suggests the holders of 90 percent of the accounts responsible are identifiable and therefore their actions could be elevated to the social media platforms and police.

FIFPRO President David Aganzo said, "Online abuse is a societal issue and as an industry, we cannot accept that this new form of abuse and discrimination affects so many people including our players."

Under the initiative, FIFA and FIFPRO will also provide educational support and mental health advice to players during major tournaments.