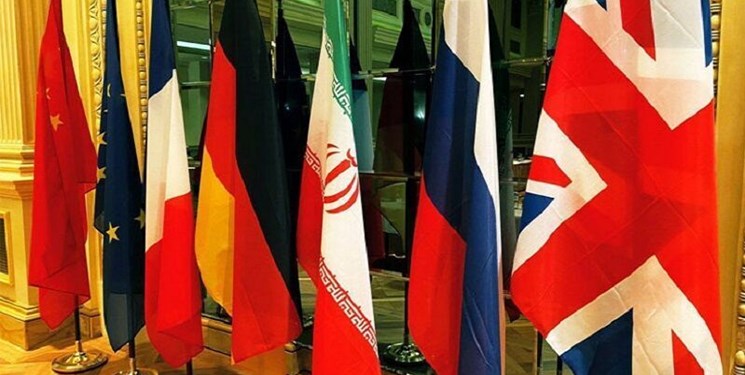 TEHRAN (FNA)- A senior member of the Iranian parliament's National Security and Foreign Policy Commission said that the European countries lack practical power in Vienna talks with Iran and only pursue Washington's policies.

The Europeans have practically no power in nuclear talks with Iran and they merely follow in the footsteps of the US, which has a final say on all the policies pursued by the western side vis-à-vis Tehran, Hassan Hemmati said on Saturday.

He added that no agreement will be reached on reviving the 2015 nuclear deal as long as the conditions set by Iran in the negotiations are not met.

Iran will never accept a one-sided agreement that the other side pushes to impose with bullying, the lawmaker said.

Elsewhere, Hemmati said that a withdrawal from the Non-Proliferation Treaty (NPT) has not been on the agenda of the parliament so far, stressing that the country will never surrender to a one-sided agreement on its nuclear program under pressure.

“For the time being, a withdrawal from the NPT has not been discussed at the Parliament and this issue should be decided as the general policies of the [Iranian] establishment,” he added.

He was reacting to some media speculation in Iran that the country has the option of quitting the NPT, following the adoption of a resolution, drafted by the US and its European allies, against the Iranian nuclear program at a meeting of the Board of Governors of the International Atomic Energy Agency (IAEA).

The legislator said the resolution, which was approved under pressure from the US and Israel, was “expectable”.

Since April last year, the Iranian negotiating team has been involved in marathon talks with the other remaining parties to the JCPOA – Britain, France, Germany, China, and Russia – with the aim of bringing the US back into the deal and destroying its sanctions regime against Tehran.

Under former president Donald Trump, the United States pulled out of the landmark agreement and instigated what it described as the “maximum pressure” campaign of sanctions against the Islamic Republic to reach a “better deal” than the JCPOA.

The Vienna talks have been on hold since March as Washington insists on its refusal to undo its past wrongs through measures such as removing Iran’s Islamic Revolution Guards Corps (IRGC) from its list of foreign terrorist organizations.

EU Foreign Policy Chief Joseph Borrel in a phone conversation with Iranian Foreign Minister Hossein Amir Abdollahian earlier this week underlined the necessity for the resumption of Vienna talks between Iran and the world powers on removal of the US sanctions.

During the phone talks, Borrell said he is ready to make necessary efforts to pave the way for a deal in the Vienna talks that would be agreed upon by all sides.

He admitted that Iran is constructively determined to reach a good and lasting deal, saying, “We are not far from a deal in Vienna and time is now to resume the talks swiftly and to make an effort to prevent an escalation.”

Borrel pointed to the latest developments regarding the Iran nuclear deal, JCPOA, and stressed that the only way out of the current situation is pursuit of diplomacy and avoiding unconstructive actions.

Amir Abdollahian, for his part, said Iran has always welcomed logical and result-based talks but it is necessary that the other side quit adopting double standards and contradictory behavior in order to reach a good and lasting deal.

He thanked Borrell for his efforts to forge a deal in Vienna, and criticized the US over its unconstructive and hasty moves to get a resolution approved at the International Atomic Energy Agency’s Board of Governors.

“After the approval of the resolution at the Board of Governors, we showed that we would not retreat from the rights of the Iranian people and if the US wants to continue behaving unconstructively, it will be met with an appropriate response from our side”.

Amir Abdollahian added that we still believe diplomacy is the best and most proper path and solution to the issue.

He noted that the Islamic Republic of Iran has never stayed away from the negotiating table, and for this reason, it has always put forth important initiatives to reach a favorable deal, but the negotiations must bear fruit.