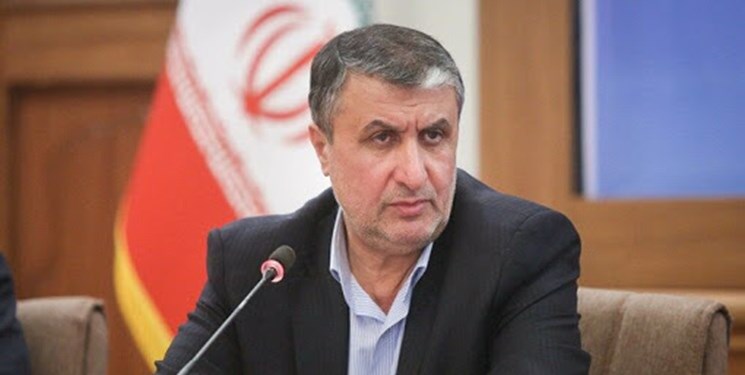 TEHRAN (FNA)- Head of the Atomic Energy Organization of Iran (AEOI) Mohammad Eslami said that heightened propaganda against Iran's peaceful nuclear program, including the recent resolution at the UN nuclear watchdog, is part of the western states' maximum pressure policy against the Iranian nation.

Iran has 3 percent of the world's nuclear capacity, but more than 25 percent of inspections have been carried out in Iran, Eslami told Tasnim news agency.

He pointed to the propaganda made against Iran's nuclear program by certain countries, saying that the actions are in line with the policy of psychological and political pressure, as well as maximum pressure against the Iranian nation.

Eslami referred to the recent resolution proposed by the US and E3 to the International Atomic Energy Agency (IAEA) Board of Governors, saying that it was the last test by the enemies.

"We have responded to them in a completely legal manner, and if they want to abide by the treaty, whatever is agreed there can be implemented as neither one more word nor one less word."

In relevant remarks earlier this week, Iranian Foreign Minister Hossein Amir Abdollahian said that the recent resolution approved by the UN nuclear watchdog against Tehran was a US plot to force Tehran to make concessions in the Vienna talks.