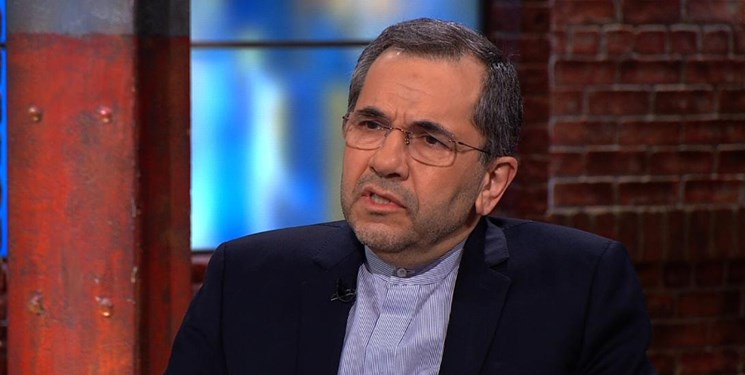 Takht Ravanchi made the remarks on Monday, addressing the UN General Assembly meeting on the occasion of International Day for Countering Hate Speech.

He said the spread of hatred, discrimination and violence has caused great suffering to Muslim communities in various countries.

“The growing trend of Islamophobia has been fueled by the lack of resolve on the part of certain governments to confront hate speech and acts of hate against Muslims, anti-Muslim media outlets, as well as civic groups promoting a hostile and abusive environment against Muslims in the West,” the envoy said.

“It is unfortunate to witness that the politicization and restriction of the Hijab, the burning of the Holy Qur’an, and the desecration of Islamic symbols and holy sites are being pursued in certain countries,” he added.

Takht Ravanchi stressed that such Islamophobic tendencies have created an environment conducive to violence and violent extremism which poses serious threats to the social cohesion as well as security and well-being of all societies.

The Iranian ambassador also said Israel is a symbol of racism and hate mongering, stressing that the illegal entity’s efforts to conceal such hostile policies will be to no avail.

“The Zionist regime is well known for its racist policies and spread of hate speech and its propaganda cannot hide this very fact,” Takht Ravanchi said.

Anti-Muslim sentiments have been on the rise across Europe in recent years in the wake of terrorist attacks in the continent. The attacks were carried out by the ISIL sympathizers or the terror group's members who had returned home following their defeat in Iraq and Syria.

Muslim leaders in Europe and around the world have condemned the terrorist attacks.

Moreover, the rise of far-right ideology and the propagation of anti-immigration policies have exacerbated the status of religious minorities in Europe.