Russia Warns Ukraine Could Become Platform for Creation of Bioweapons 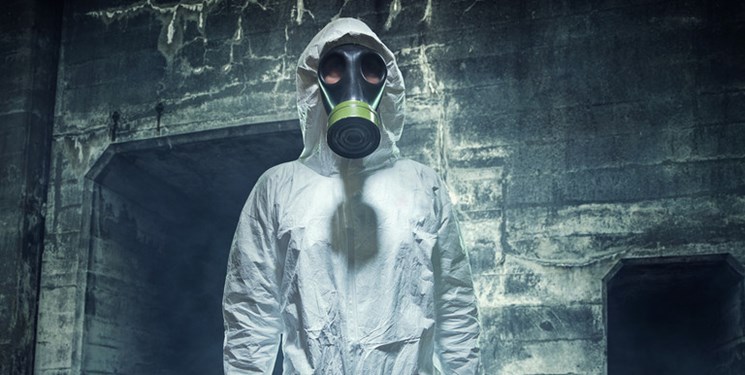 TEHRAN (FNA)- Ukraine, being under the control of the United States, was pumped up with weapons, and could also become a platform for the creation of biological and nuclear weapons, Secretary of the Russian Security Council Nikolai Patrushev warned on Tuesday.

According to him, since 2014, the United States has actually established control over this country and led the policy of the Kiev authorities, TASS reported.

Ukraine was pumped up with weapons, NATO exercises were regularly held on its territory, the positions of neo-Nazi forces were intensively strengthened, Russophobic nationalist sentiments developed, Patrushev listed.

"The Donetsk and Lugansk People's Republics , who disagreed with the policy of the Kiev regime, were subjected to constant shelling . Moreover, there was a real threat of creating nuclear and biological weapons in Ukraine," he stated at a meeting on national security in the Northwest of Russia in Kaliningrad.

Moscow has claimed that Ukraine’s sprawling network of secret biological labs has been plagued with critical safety flaws, while funds allocated to fix the issues have been consistently disappearing.

Multiple laboratories were simply not fit to handle the hazardous materials and pathogens they have been working with, Chief of Russia’s Radioactive, Chemical, and Biological Protection Forces Lieutenant General Igor Kirillov said during a briefing in late May.

“According to official data, only three laboratories with a BSL-3 biological safety level have had the right to perform such studies. These are the Odessa Anti-Plague Institute, the Institute of Epidemiology and Hygiene in Lvov, and the Public Health Center in Kiev,” Kirillov stated.

Even the facilities that were supposed to meet the biosafety requirements were riddled with assorted issues, the official continued, citing a report by the Ministry of Health of Ukraine. The ministry allegedly uncovered multiple violations at the Anti-Plague Institute, including the improper containment of pathogens, faulty ventilation, and a lack of control over access to hazardous materials. The institute has had a large collection of some 654 pathogens, including anthrax, cholera, and other infectious diseases, Kirillov added.

The subpar safety standards have resulted in multiple accidents at the facility, documents obtained by the Russian military suggest. Back in 2017, for instance, laboratory employees reportedly contracted tick-borne encephalitis at their workplace. In 2021, an employee of the institute was seen freely taking test tubes with hazardous materials off of the institute’s premises, Kirillov noted.

Attempts to improve the biolabs’ safety have been hampered by rampant corruption, the official claimed, citing a report by the Ukrainian Security Service (SBU). According to the document, the US-based engineering company Black & Veatch spent some 37.8 million hryvnia (some $4.7 million at the time) to upgrade three “veterinarian laboratories” back in 2013.

“According to an independent evaluation, the actual work cost some 17.7 million hryvnia less compared to the declared value,” Kirillov said, adding that the data obtained by the Russian military suggests that the funds had been funneled to several shell companies and vanished “benefiting American and Ukrainian officials".

Another corruption scheme involved a laboratory located in the Kharkov region, Kirillov went on. The “American curators” urged Kiev to improve the biosafety level of the facility, but a local company tasked with planning this project said it was impossible.

“Still, the local administration decided to continue the refurbishment. The object was launched in circumvention of biosafety norms and regulations,” the official said.

“The total cost of [the facility’s] modernization for the Pentagon amounted to some $15 million,” Kirillov went on, adding that what exactly the funding was spent on was “unknown".

“The neglect in handling pathogens, lack of professionalism and corruption in the executive branch, as well as the destructive influence of American curators pose a direct threat to the civilian population of Ukraine and European countries,” Kirillov concluded.

Russian Foreign Ministry Spokeswoman Maria Zakharova has also said the US has been concealing information about its “military biological activity” in the post-Soviet states. This, according to Zakharova, raises “serious questions” about Washington’s compliance with the Biological and Toxin Weapons Convention (BTWC).

In an interview with TASS, Zakharova noted, “the United States prefers to remain silent about the ongoing work in the post-Soviet space and does not provide information within a framework of the BTWC confidence-building measures.”

“Assertions that the activity of the Pentagon and related structures is focused solely on health issues are not true. Clearly, health care assistance does not require the involvement of the US military,” Zakharova continued.

She added that Washington’s claims that it is collecting biomaterial and monitoring the epidemiological situation “only reinforce and intensify” Russia’s fears over America’s compliance with the BTWC.

Moscow’s recently published evidence regarding the alleged sprawling network of US-funded biolabs across Ukraine only adds to the suspicions, Zakharova stated.

In a series of briefings starting in March, the Russian military has presented evidence of the Pentagon’s involvement in funding laboratories in Ukraine. According to Russia’s Investigative Committee, the US poured more than $224 million into biological research in Ukraine between 2005 and early 2022. Western pharmaceutical giants, nonprofits, and even the US Democratic Party were involved in the scheme, Moscow claims.

The Pentagon has “significantly expanded its research potential not only in the field of creating biological weapons, but also obtaining information about antibiotic resistance and the presence of antibodies to certain diseases in populations of specific regions” while working in Ukraine, Lieutenant-General Igor Kirillov, the head of the Russian Radiation, Chemical and Biological Protection Force, said in May.

Zakharova also pointed out that the US has not yet withdrawn its reservation to the 1925 Geneva Protocol for the prohibition of biological and chemical weapons. The US was among the countries that declared the protocol would cease to be binding regarding enemy states that do not observe the prohibitions of the protocol.

In this regard, “the question quite reasonably arises about the real goals of the Pentagon’s international military biological activity”, Zakharova said.

The Pentagon has published the ‘Fact Sheet on WMD Threat Reduction Efforts with Ukraine, Russia and Other Former Soviet Union Countries’. In the document, the US military announced that following the collapse of the Soviet Union, the US and its partners have led “cooperative efforts to reduce legacy threats from nuclear, chemical, and biological weapons left in the Soviet Union’s successor states, including Russia".

According to the Pentagon, the US has “worked collaboratively to improve Ukraine’s biological safety, security, and disease surveillance for both human and animal health,” by providing support to “46 peaceful Ukrainian laboratories, health facilities, and disease diagnostic sites over the last two decades”. These programs have focused on “improving public health and agricultural safety measures at the nexus of nonproliferation".

In the same paper, the US military accused Russia and China attempting “to undermine this work by spreading disinformation and sowing mistrust in the people and institutions all over the world that contribute to WMD threat reduction".

According to Zakharova, Moscow considers this publication part of Washington’s “information campaign” aimed at justifying its military biological activities in the post-Soviet space and to “divert the attention of the international community from its true non-transparent and unseemly direction".