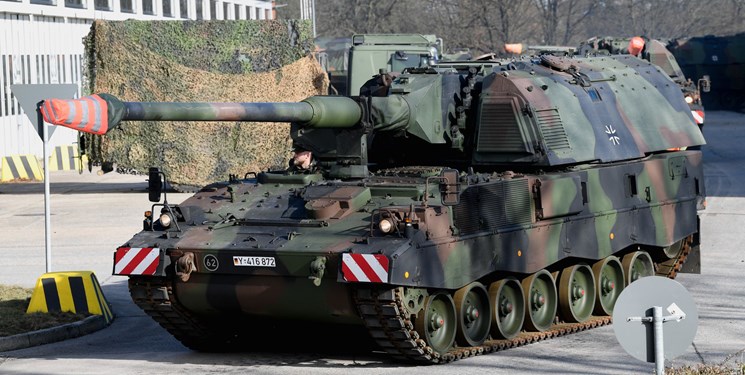 TEHRAN (FNA)- Ukraine said Tuesday it had “finally” deployed advanced German artillery systems, in the latest delivery of the long-range, precision weapons that it has been calling for.

The United States, France, and other Ukraine allies have vowed further supplies of heavy weapons for Kiev, and deliveries from Washington are due in Ukraine this month.

The West has sent weapons into Ukraine to help it fight the Kremlin forces, but Kiev complains it has only received a fraction of what it needs and is clamoring for heavier weaponry.

Germany is providing the kind of weapon systems to Ukraine that it actually needs to fight Russia, so claims to the contrary should not be believed, Chancellor Olaf Scholz said in an interview with the newspaper Munchner Merkur, published in full on Tuesday.

When asked about the complaints of Ukrainian officials that Germany has not delivered on its promises of weapon shipments to Kiev, Scholz said “a lot of what is being said here at home [about the issue] is simply not true.”

“Those who think that weapons of war are available like cars at a car dealer’s shop, are mistaken,” he said, adding, “I am aware that I have to bear criticism. But I don’t let myself be knocked off a prudent course.”

Scholz insisted that his country has been sending Ukraine the kinds of weapons it actually needs, like air defense systems and howitzers. He said the policy is based on what he hears directly from the Ukrainian government.

If German weapons are not fielded in Ukraine as fast as some people want, it’s because Ukrainian troops need to be trained to use them effectively, he insisted. They also need proper ammunition, which needs to be supplied too, Scholz said.

"Russia stressed as unacceptable the EU’s ongoing weapons supplies to Ukrainian forces. [Russia] stressed that the weapons are being used for attacks on civilian infrastructure in Donbass localities leaving civilians and children dead," the Russian Foreign Ministry said in a statement.